Author: Taran Dhamrait - Thu 21 May 20
Stalybridge Celtic are delighted to announce the signing of midfielder Bradley Knox from Colne.
The 21-year-old who is from Burnley played for Clitheroe under Celtic Manager Simon Haworth before joining Colne in December 2017.
Brad was excited to join Celtic and play in a new league, he said: “I’m delighted to be signing for Stalybridge and I’m looking forward to a new challenge in a different league, hopefully I can help the team get as many wins as possible.
“I can’t wait to get started.”
He initially started his career at Accrington Stanley before joining the academy at Wolves which was followed by a spell at Fleetwood Town.
On being reunited for a second time, Simon added: “Brad came to me in my first season at Clitheroe when he was only 16. He’s a very good footballer and scored some good goals for me.
“He can do a bit of everything but it’s very much about Brad getting his head down and working hard and realising that he can fulfil some of his potential.”
You can hear the full interview below, where Simon also discusses the re-signing of Jon Ustabasi 👇
-  https://soundcloud.com/user-538831845/simon-haworth-gives-us-an-update-on-the-club-and-discusses-two-new-signings
Welcome to Celtic, Brad! 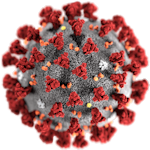 / Club News / Thu 19 Mar 20
Virtual Games
Like many other clubs, Stalybridge Celtic is on lockdown thanks to Covid-19. Our tenants are also on lockdown, leaving zero income...
Load More...
Sponsors
Site Sponsor