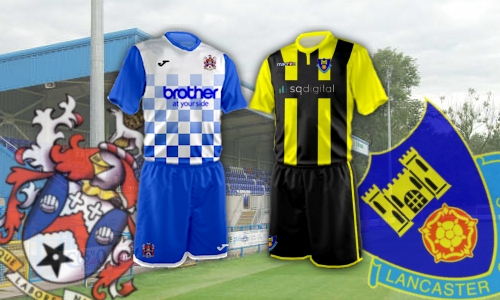 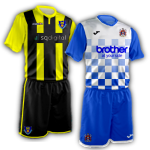 On Saturday, Celtic host Lancaster City. Lancaster are currently seventeenth in the league, four places and eight points below Celtic, despite having played a game more. There will be a match centre and Twitter feed for the game.

October and November's results lifted Lancaster from the foot of the table after they started the season with five straight defeats, winning their first game away at Buxton ten games in. In the eight games around October and November, two draws and five wins, including one over Celtic improved their position to a season high of fifteenth. There have not been many losses since then and in their last twelve games, they have lost four, but won only two, drawing six. Their last four away games have all been draws, finishing with a 2-2 at Bamber Bridge. Their last away win was at the start of December, when they beat North Ferriby 2-1.

Lancaster have had eleven scorers all get one goal each, with their other seventeen goals coming from four players. Rob Wilson is their top scorer on seven. Only Mickleover and North Ferriby have scored fewer goals than Lancaster, with both on twenty-eight to Lancaster's twenty-nine. On average they score 0.9 goals per game, with a rate of 1.1 away. Whilst they score more away from home, they also concede more away from home, conceding thirty of their fifty-two goals away from home, at a rate of 1.9 per game (overall is 1.6 per game). Lancaster have kept two clean sheets on the road, and failed to score four times. A quarter of all their conceding is done in the last five minutes.

We have already played Lancaster this season, losing 1-0 in a game to forget. Their last visit to Bower Fold was last season when Celtic won 5-2 after one of the best second halves seen at Bower Fold in recent years, twice coming from behind with a Jordan Chapell hat-trick, and goals from Theo Bailey-Jones and Luke Ashworth. Lancaster have not won at Bower Fold in their last five visits, with Celtic winning four of them. City's last win at Bower Fold was 2003 when they won 3-0, this is their only win in their last ten visits, with Celtic winning eight in the same period.

Celtic need to turn around our recent results and get back to winning ways, having won just once in our last seven home games and just once in our last eight league home games, though we have only lost two of those league home games, we have drawn five. A win could see us rise a couple of places to eleventh, with Witton and Whitby both within three points of us and both away at Farsley and Hyde respectively. A loss could see us drop a couple of places, with both Marine and Bamber Bridge within three points of us, and both at home to South Shields and Workington respectively.