The club are thrilled to announce the loan signing of goalkeeper Alex Fojtíček from Manchester United.

The 19-year-old joins us having featured for both Manchester United’s under 18’s and 23’s teams.

He became the first Slovakian to represent Manchester United, when he made his debut in October 2016.

Alex has been capped at Under 19 level for Slovakia.

As United Under 18’s Number One, Alex won the Under 18 Premier League North in 2017/18 and has since moved up to join Ricky Sbragia’s Under 23 side last season.

He will now join Stalybridge for six months until January 5 as he bids to get some competitive first-team action.

Manager Simon Haworth said: "We are thrilled to have Alex on board, it's a great signing for the club to be receiving a keeper of his standard and to also build our relationship with Manchester United. A big thanks to must go to Les Parry, my old Tranmere physio who helped make this happen for us."

We are delighted that Manchester United have decided to loan us Alex and thank them for their co-operation.

Alex will also continue to train with United while on loan at Bower Fold.

You can view a collection of Alex's finest saves by clicking here. 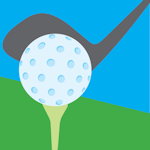