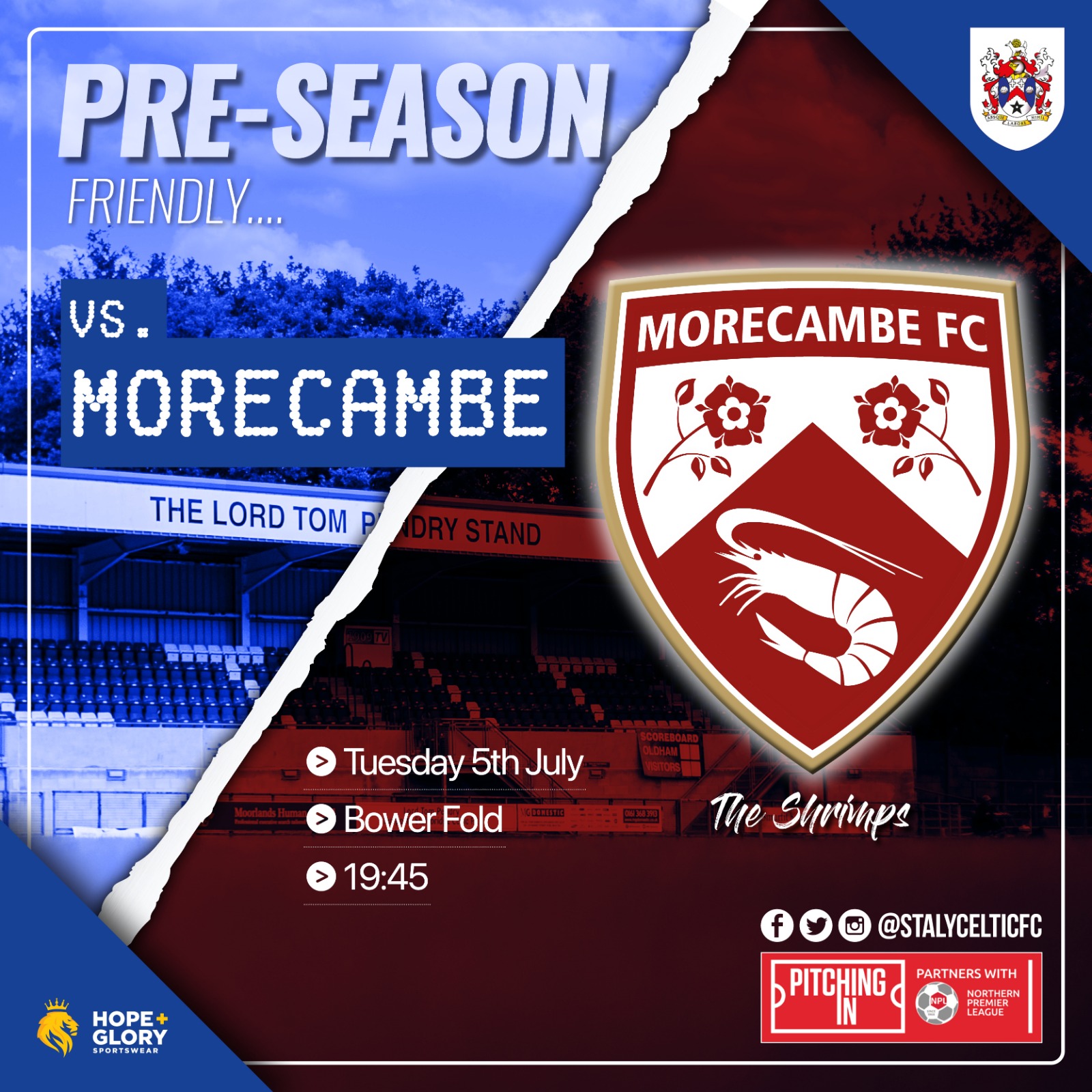 Stalybridge Celtic is delighted to confirm that Sky Bet League One side Morecambe will visit Bower Fold on Tuesday 5th July for a pre-season friendly (19:45).

The Shrimps finished 19th last season on 42 points in League One having achieved promotion from League Two in Derek Adamâ€™s first spell in charge in 2021.

Celtic last played Morecambe in March 2005, winning 2-1 away from home in the Quarter Final of the Setanta Shield (GLS Cup).

Further pre-season fixtures will be announced in due course.