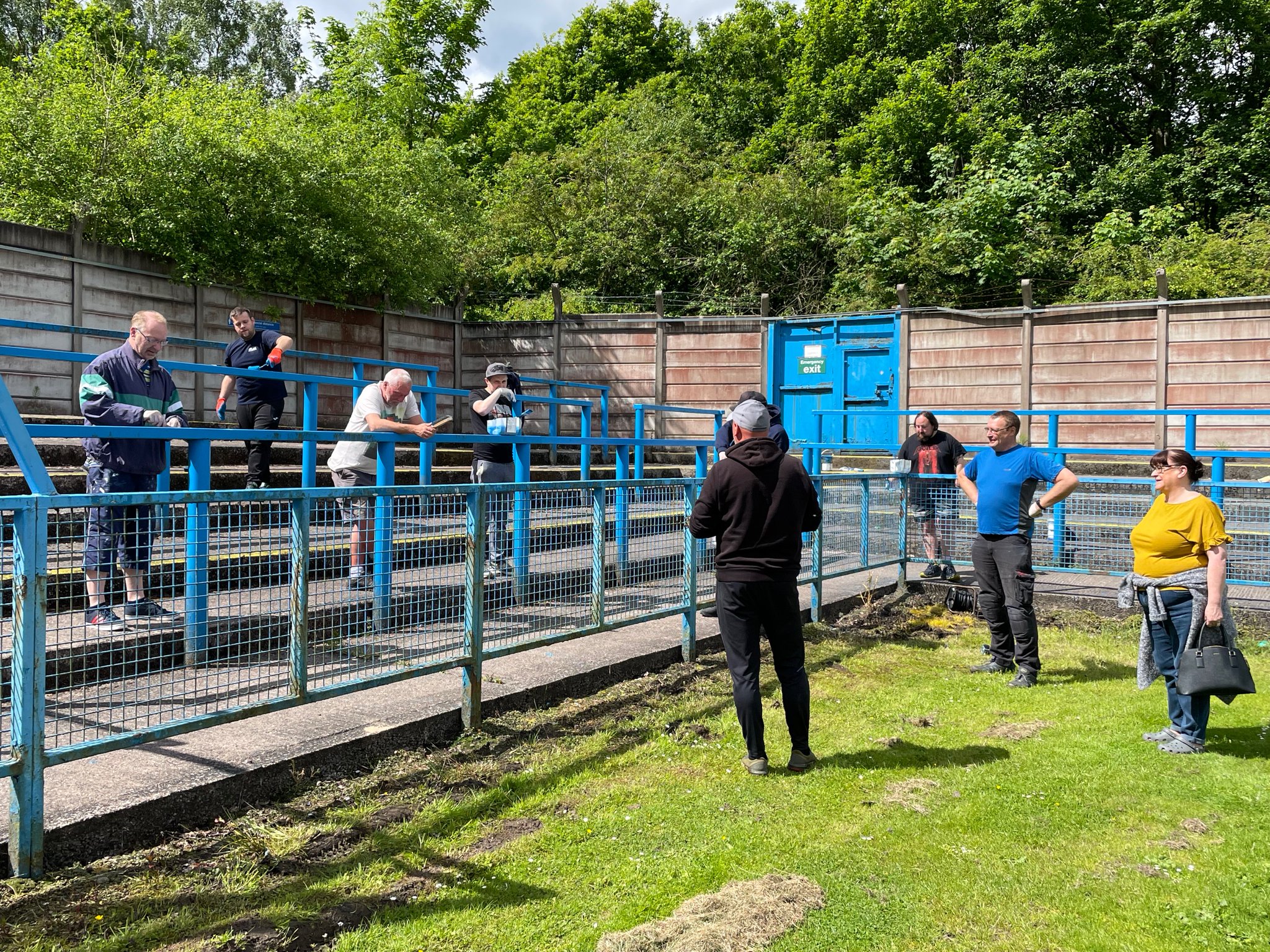 Celtic held a work party at Bower Fold on Saturday 28th May as supporters attended to help prepare the stadium for the upcoming season.

New manager Chris Willcock was also there and he introduced himself and spoke with supporters.

Chris wanted to thank supporters for their time, he said: "Thanks for all of your time and hard work today. It was good to meet everyone and witness the heartbeat of the club, massive respect. Gaffer.â€ť

Thank you to all of the supporters that donated their time yesterday to help us at Bower Fold. Special thanks to:

Along with members from the board.

The club is holding a second work party on Saturday June 11th from 10am to build on the fantastic work done by yesterday's supporters and volunteers. There will be soft drinks and food provided and The Celtic Bier Hut will be open once again by Shaun Bishop. We'd love to see as many supporters as possible join us as we edge closer to pre-season.