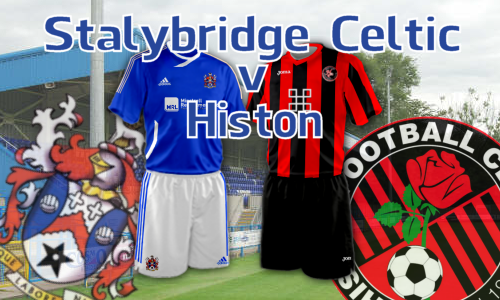 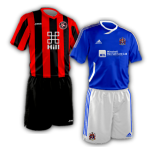 Saturday's visitors to the Fold are Histon. They are currently eighteenth in the table, on seven points, four points and eleven places behind seventh placed Celtic. There will be a match centre for this game.

Only Droylsden and Corby have conceded more goals than Histon, and then only by one goal. Despite beating Hinckley away 1-0 and Gloucester City at home 2-1, Histon have conceded eighteen goals in four games, including a 6-0 away loss at Boston, and a 5-0 away loss at Altrincham. That makes eleven goals conceded away from home. No other team has conceded more away from home. One team has conceded the same number – Celtic, but we've played one more away game.

We've met Histon twice, both last season. Thanks to an heroic performance by the stand-in goalkeeper in Histon, Celtic only won 1-0, following this up in November with a 2-0 home win. Last season, Histon finished sixteenth with fifty-one points, ten places and twenty points behind sixth placed Celtic.

Histon have no suspension worries ahead of the game, with goalkeeper Joe Melling's suspension for his sending off against Harrogate not kicking in until next week. They also appear to be injury free. In their last match, the 1-3 home defeat to Harrogate Town, Histon lined up as:
1. Joe Mellings
2. Grant Roberts
3. Harri Hawkins
4. Jay Dowie
5. Ian Gayl
6. Danny Fitzsimons
7. Jack Eades
8. Adrian Sear
9. Kaine Sheppard
10. Junior Konadu
11. Claudiu Hoban

Celtic's last match, prior to the friendly with Manchester United on Tuesday night, saw Celtic go 4-3 away at Gloucester. Sam Egerton has one match to serve on his suspension, for his sending off against Colwyn Bay and Andy Ralph could be out until Christmas, but otherwise, Jim Harvey has a full squad to choose from. In the Gloucester match, Celtic lined up as:
1. Alex Cairns
2. Kelvin Bleau
3. Mark Lees
4. Tim Ryan
5. Joel Bembo-Leta
6. Jordan Barrow
7. Adam Pepper
8. Greg Wilkinson
9. Jack Laird
10. Corey Gregory
11. Mitchell Austin