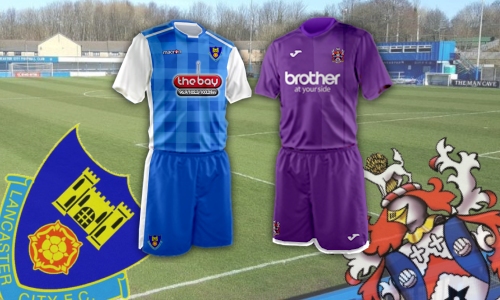 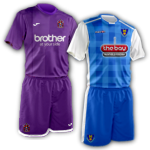 On Tuesday night, Celtic travel to Lancaster City (kick off 7:45pm). Lancaster finished last season in seventeenth, with fourteen wins and thirteen draws. This season, they are twentieth, on twelve points, ten points and ten places below Celtic. There will be a match centre and Twitter feed for this match.

Lancaster ended last season with two wins in their last thirteen games, both at home, to Grantham (3-1) and Sutton Coldfield (2-1). Their last five games were three draws and two losses, ending the season with a 2-0 away defeat to Witton. They picked up this season where they left off, with five straight defeats, before a home 1-1 draw with Bamber Bridge at the start of September. In their last six games, though, results have picked up somewhat, with three wins and a draw lifting them off the bottom of the table. All three wins were away from home, most recently winning 1-0 away at Hednesford. Their most recent match, a home match against Scarborough finished 6-0 to Scarborough.

Robert Wilson and Mathew Blinkhorn are tied for top scorers so far this season, both of whom have three each, with six other scorers on one. Having failed to score in three home games (six overall), with an average scoring ratio of 0.5 goals per home game (0.8 overall), they have found the net just three times at home (twelve overall). At the other end, they have conceded thirty-two goals so far this season (twenty of them at home), the third worst defence in the league behind only North Ferriby and Matlock. They concede at a rate of two goals a game at home and 2.1 overall. Lancaster have kept one clean sheet at home, a goalless draw with North Ferriby.

Lancaster won this fixture last year, when they beat us 1-0 with their only shot on target that went in off the bar after a miskick from Tom Kilfin. Things picked up somewhat in the last meeting between the two teams, when Celtic won the reverse fixture at Bower Fold, winning 5-2, twice coming from behind to annihilate Lancaster in the second half thanks to Jordan Chapell's hat-trick and additional goals from Theo Bailey-Jones and Luke Ashworth. Over the last thirty years, we have visited the Giant Axe nine times, Lancaster have won four, Celtic three and there have been two draws. Celtic's last win there was in 2006, when we won 1-0 with a goal from Mark Hume.

Josh Solomon-Davies is away with Saint Lucia's national team, but players are starting to return to fitness with Tom Brown featuring against Farsley from the bench. James Caton is close to a return, but will need assessing and Jake Turner can recuperate for a few more games while Paddy Wharton keeps his gloves warm. Danny Brady should be fit to play after a bloody nose against Farsley, whilst Chris Sharp may be rested with his ankle taking another knock.

Although Celtic dropped to tenth after our weekend draw, we are still in touch with the top five and could go level on points with Farsley with a win over Lancaster, depending on Farsley's result away at Workington. A loss could see Celtic drop a place depending on Hednesford's result at home to Buxton. Celtic have a good chance in this game, with Lancaster currently struggling at home, although Celtic have only won once away from home this season, ourselves.

From the M60 Junction 1 (Stockport) head clockwise towards Preston.
Turn off at Junction 15 onto the M61 towards Preston.
Stay on the M61 to the end, where it joins the M6 (North - signposted The Lakes).
Stay on the M6 for about 20 miles to Junction 33 (Lancaster South).
At the roundabout at the end of the slip-road, turn right (exit 2 of 3) onto the A6.
Stay on the A6 for about 4 miles, and you will reach a roundabout.
Go straight across (exit 3 of 5) to stay on the A6.
After 1/2 a mile, you will reach a set of lights with Waterstones on the left.
Turn left here onto Market Street (which becomes Meeting House Lane).
After a couple of hundred yards you will cross a railway line.
Take the next right onto Station Road.
At the t-junction, turn right onto West Road.
The ground (and car-park) is on the right through some railings.