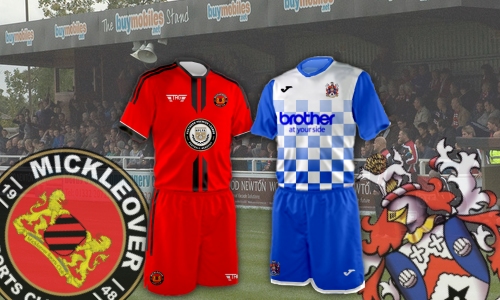 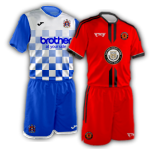 On Saturday, Celtic travel to Derby to face Mickleover Sports. Mickleover are currently seventeenth in the table, nine points and six places below Celtic in seventeenth on twenty-five points. There will be a match centre and Twitter feed for this match.

Mickleover have the third worst goal difference in the league, with only Lancaster and North Ferriby worse. Workington, Marine and Lancaster are the only teams to score fewer goals and five teams have conceded more. Mickleover have won six games this season, beating the bottom five (all in Mickleover) and their best result a 2-1 away win at Witton. Two of their wins were in their last two games, beating Stafford and Marine coming off the back of seven games without a win, and only one win in eleven, though they have four draws in that period. They have also held Matlock and Scarborough to draws at home, whilst getting a goalless draw at Bower Fold on the opening day of the season. Mickleover are better at home, with only three losses and four draws to accompany the five wins. They have never won a game by more than one goal.

Mickleover have eight different scorers, with Nathan Jarman leading the pack on seven goals, whilst Evan Garnett is right behind on five. They scored their fifteen home goals at a rate of 1.2 goals per game, which indicates their better home form; their overall scoring rate is just under a goal per game, scoring twenty-four. They have also conceded fifteen of their forty goals at home, at a rate of 1.2 goals per game (1.6 overall). Five of their six clean sheets were at home (the away clean sheet was against us), whilst two of their eight failures to score were at home.

We've played Mickleover three times and have yet to beat them. Last season they beat us 5-0 at Bower Fold and 1-0 away during the April from Hell. This means we've never actually scored against them. Hopefully, we can change this on Saturday.

A win for Celtic, which would be our third away win on the trot, could see Celtic rise above Hyde and or Buxton getting as high as ninth, depending on Hyde's result away at Basford and Buxton's at home to Whitby. A loss could see us drop a place to twelfth, again dependant on the Buxton Whitby game. If Hyde lose, a draw would see us go above them, as we are currently level on points and behind on goal difference.