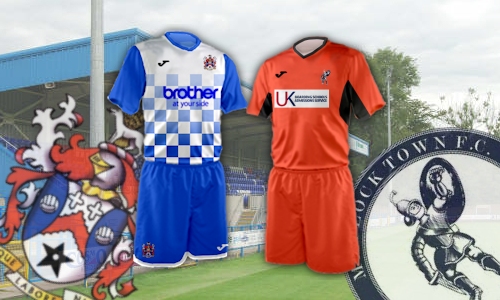 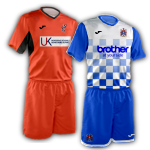 On Saturday, Celtic host Matlock Town in this re-arranged fixture due to both teams having exited the FA Cup early (kick off 3pm). Matlock have had a rocky start to the season, winning their opening game, but going on to lose five and draw one to leave them on four points in twenty-first, nine places and seven points below Celtic. There will be a match centre and Twitter feed for this game.

Matlock finished last season in fourteenth on sixty points, eight places and twelve points above Celtic, having won eighteen of their forty-six matches. This season, having beaten bottom places Lancaster City at home 4-0, they drew away at Scarborough and went on a losing spree of five straight games, currently a league record. In away games, they have picked up one point, and though they have scored five goals, they've not scored for three games; also a current league record. They most recently played South Shields at home, losing 3-0, whilst their last away match was 6-0 defeat at Basford.

They have scored nine goals this season, although four in one match, and another four in two matches, but this leaves them with an average of 1.3 goals per game (1.2 away), whilst they have conceded in every game apart from the opening one, conceding twenty-one in total at a rate of 2.9 goals per game (3.8 away). Three players (Michael Williams, Shaun Harrad and Jake Green) have scored six of their goals between them, and only two goals have come in the first half.

Last season, Celtic won this fixture 4-1, with goals from Liam Dickinson, Jake Charles and a brace from Theo Bailey-Jones. The last meeting between the two teams was in Matlock during Celtic's April from Hell, a game Matlock won 2-0, a game notable for reserve keeper, Aidan Winterbottom, playing left wing and almost scoring.

Celtic's new injury doubts are Glen Rule who picked up a knock against Hyde and will be assessed ahead of the match, but apart from Jake Turner, Greg Wilkinson and Tom Brown, Celtic have a full squad ahead of Tuesday night, including new loan signing George Hughes from Shrewsbury Town.