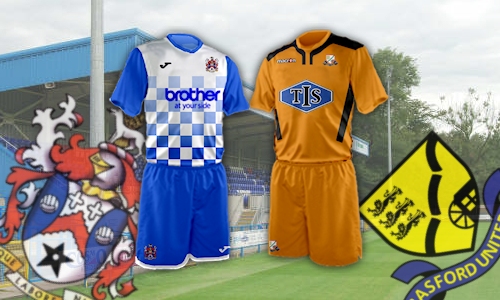 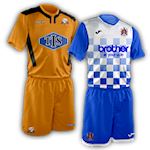 On Saturday, Stalybridge Celtic face Basford United (kick off 3pm). Basford are currently eighth in the table on fifty points, eight places and eleven points above Celtic. There will be a match centre and Twitter feed for the game.

Basford have won four, drawn three and lost three of their last ten matches, with their last win being a home match over Bamber Bridge that they won 1-0. Their last away win was in mid-February when they beat Workington 3-0, with their last two away games both being 2-2 draws against Matlock and Witton. After the win over Workington, you have to go back to their end of October match away at Bamber Bridge for their previous away win, when they beat Bamber Bridge 4-0. Their only other away win this season was at Marine, a game they won 4-1. When they have won away, they have done so comfortably. Basford have lost ten of their sixteen away matches this season.

Though Basford have scored seventy-one goals so far this season, two thirds of them were at home, with twenty-six scored on the road. Conceding has been fifty-fifty, with thirty-two of their sixty-three goals coming on the road. They score an average of 1.5 goals per game on the road, from two per game overall, whilst conceding at a rate of 1.9 goals per away game and 1.8 overall. Two of their six clean sheets have been on the road (both wins), whilst three of their five failures to score were away (both losses). They have yet to have a goalless game. The league's top scorer plays for Basford, with Nathan Watson on nineteen goals. On his own, he has nearly half of all Basford's away goals, and a third of all their second half goals. James Reid and Matthew Thornhill are his closest rivals, but their eight goals apiece combined aren't as many as Watson has scored alone.

This is Basford's first visit to Bower Fold, although the two teams met in Basford on an exceedingly windy day, with the game finishing 5-2 with Scott Bakkor from the spot and Matthew Wolfenden smashing home Chris Sharp's layoff, but with Basford using the wind much better than Celtic, and Watson not getting on the score sheet at all.

A win could lift Celtic to thirteenth, with Matlock (at home to Warrington), Grantham and Lancaster (playing each other) all within two points above Celtic. Marine (away at Whitby) is within three points of Celtic, so a loss could allow Marine to leapfrog Celtic, but Stafford aren't playing this weekend due to the loss of North Ferriby. The most important aspect of a win, is that it would virtually guarantee security, as Bamber Bridge, Mickleover and Workington are running out of games.