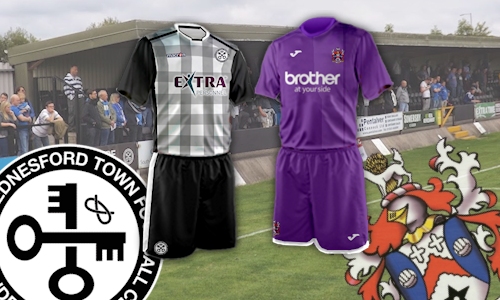 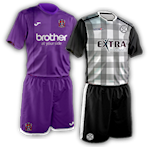 On Saturday, Stalybridge Celtic travel to Hednesford Town (kick off 3pm). Hednesford are four points and three places above Celtic on forty-three points in thirteenth, having played a game more. There will be a match centre and Twitter feed for this game.

Hednesford had a run between November and February that was positively Celtic-esque in its awfulness: picking up one point in nine matches and holding the current league record of seven consecutive defeats, culminating in a 1-0 defeat at Bower Fold putting the club in dire likelihood of dropping into the bottom spots. Their last seven games have seen something of a revival, losing only once, 4-1 away at South Shields. They have picked up four wins in this period, drawing twice. Their last home defeat was a 1-0 loss to Marine back in mid-February. They are now two points away from the maximum the bottom two can attain winning their remaining matches and know that a win would make them mathematically safe. They would even be safe if they lose and Bamber Bridge lose. As, almost certainly, would Celtic, as this would mean Celtic were on forty-two points, with Workington at a maximum of forty-one (if they win) and Bamber on a maximum of forty-three, leaving the Lancashire club needing to win every match to catch Celtic. Hednesford's last home match was a 2-0 win over Matlock Town, indicating that a win for Celtic is nowhere near a forgone conclusion. Additionally, this is Hednesford's final home game of the season and they will want to go out with a bang.

Hednesford have scored nine goals in their last three home matches, from twenty-three in total at home, so have scored nearly half as many goals in their last three games as the preceding sixteen. In total they have scored forty-nine goals, at a rate of 1.3 goals per game. They have scored an average of 1.2 at home and failed to score in eight games this season, five of which were at home. At the other end of the pitch, they have conceded sixty-two goals this season, twenty-two of them at home, keeping half of their eight clean sheets at home. They concede at a rate of 1.7 goals per game overall and 1.2 at home. With ten goals, Daniel Sweeney looks to be taking the Hednesford Golden Boot this year, though with six goals over their last seven games, Kieran Wells has propelled himself into second place and could easily catch him to snatch the trophy. Third top scorer for Hednesford is Michael Howard. Yes. Our Michael Howard. Fourth placed top scorer is Dan Cockerline. Yes. Our Dan Cockerline!

We beat Hednesford 1-0 at Bower Fold earlier in the season, Scott Bakkor's goal the difference between the sides. Last season the two sides drew 2-2 with a last minute Tom Thornley goal cancelling out a Matty Wolfenden second half brace. It was a last minute goal from Danny Glover, in Celtic's last visit to Keys Park last season, which won the game for Hednesford, after Oli Roberts had equalised. Hednesford have won in our last two visits, with Celtic's most recent win at the end of the 2015 season, when we won 2-1 thanks to Aidan Chippendale and Chris Simm's last minute goal (something of a theme emerging here…don't leave early!). In eight visits, Celtic have won two and Hednesford have won five, with one draw, back in the inaugural season of the Conference North.

Chris Smalley missed last Satruday's match through illness. Ross Dent won't be available due to his suspension picked up against Whitby.

A win could lift Celtic to fourteenth, with Lancaster (away at Mickleover) and Grantham (at home to Farsley) both within two points above Celtic. Marine (at home to Buxton), Stafford (away at Whitby) and Mickleover (at home to Lancaster) are within three points of Celtic, so a loss could allow all three to put us down to nineteenth. The most important aspect of a win, is that it would virtually guarantee security, putting the number of games left to three and allow the club to relax going into our games against Warrington, Hyde and Grantham.