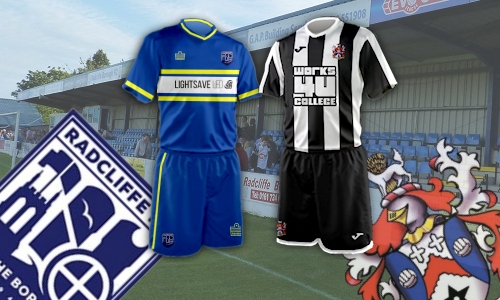 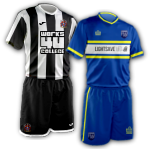 On Saturday, Celtic face Radcliffe in our re-arranged fixture (kick off 3pm). Radcliffe are currently five points and five places below Celtic in sixteenth on fourteen points, though they have played four games less.

After a rocky start to the season, in which their only win in their opening six games was against Celtic at Bower Fold, Radcliffe’s results have picked up somewhat, with both of their last two home games wins for them, along with a win away at Nantwich and an away loss at Lancaster. The only team to beat Radcliffe at home this season have been South Shields, who won 1-0; whilst FC United and Warrington both held Radcliffe to 1-1 draws. Their most recent game was a 1-0 win over Matlock Town.

Nobody has established themselves as the out and out goal-scorer at Radcliffe yet, with Matty Wolfenden, Liam Ellis and Tyrese Sinclair all on two, with four other scorers on one. Six of their ten goals this season have come in two matches, a 3-0 win at home over Hyde and, of course, the recent 3-1 win over Celtic at Bower Fold. Six of those goals were at home, meaning half of their home goals were scored in one match. On average, they score a goal per game, 1.2 per game at home and have failed to score in four matches in total and once at home. Defensively, they are very strong, though, with four of their ten conceded goals coming in one away match at Grantham that they lost 4-0. Other than that, they have not conceded more than a single goal in any other match and kept two clean sheets at home and three overall. In their last four matches, they have conceded just one in the 1-0 away loss at Lancaster. They have failed to score in four matches, once at home and concede at a rate of a goal per game (0.6 at home).

We’ve met Radcliffe just three times in the league, and have lost every game. We’ve beaten them twice in cup competitions, 3-1 in the Manchester Cup in 2016 our most recent win, and once in the League cup back in 2001, when we won 2-0 In Radcliffe, our last competitive win at Radcliffe. Earlier this season, they beat us 3-1, Ross Dent’s first half opener well and truly cancelled out in the second half.

Celtic can get some measure of revenge for what was a poor second half performance against Radcliffe a few weeks ago. A win could see us go into the top five (if results go our way), with six teams in reach: Witton (away at Morpeth), Nantwich and Whitby (who play each other), Mickleover and Matlock (who also play each other) and FC United (at home to Gainsborough). A loss could see us drop four places with four teams within reach of us: Hyde (away at Warrington), Scarborough and Grantham (who play each other) and Morpeth (hosting Witton). Five of the six teams above us lost their last match!

Join the M60 heading towards Oldham.
Stay on the M60 using the slip road at the junction with the M66 and M62.
Stay on the M60 for a further 2 miles to junction 17 (Prestwich).
At the roundabout at the end of the slip road, turn right (exit 3 of 4) onto the A56 (Bury New Road).
Almost immediately the road forks.
Bear left, onto the A665 (Higher Lane).
After three quarters of a mile, you will reach a junction with Radcliffe New Road.
Turn left, to stay on the A665.
Stay on the A665 to Radcliffe town-centre (about 2 miles).
You will see the Turf Hotel on the left, directly opposite Unsworth Street, turn right into Unsworth street.
The ground is on the left, just past Colshaw Close.