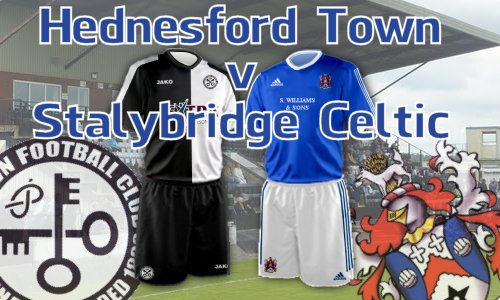 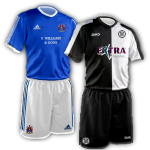 Celtic start their season for real on Saturday when we travel to Hednesford Town for the opening game of the 15/16 season (Kick off 3pm). There will be a match centre for this game.

Hednesford finished last season in a very respectable eight place having won seventeen and drawn ten earning them sixty-one points, so they finished eleven places and sixteen points ahead of Celtic. After a topsy-turvy start to the season, Hednesford managed to string a series of wins together propelling them into third spot in the table, with only eight games left. However, finishing the season with one win in ten games saw them fall rapidly out of the play-off spots. Their last win in the league was over Fylde at the start of March. Between December and March though, they were almost unbeatable, with just one loss, away at Champions Barrow.

In the two meetings we had with Hednesford last season, they beat us 5-0 at home, and we got an absolutely crucial 2-1 win at their place with a late goals from Aidan Chippendale, and a season saving last ditch goal from Chris Simm, giving us the lead with seconds on the clock after Ben Bailey had scored almost from the kick off connecting with a long throw. That win was our first in Hednesford since 1995 when we won 1-0 in the Conference National. We have visited six times, and Hednesford have won three and drawn one (in 2005).

Hednesford have had a decent pre-season, beating most of the teams from leagues below and losing twice to teams above. They played Stafford Rangers twice, winning at home, and most recently, drawing away.

They have brought in several new faces for the new campaign, with one familiar face: Paul Ennis.

Celtic do have one injury before the season even kicks off, with Alex Mudimu out for a few weeks.