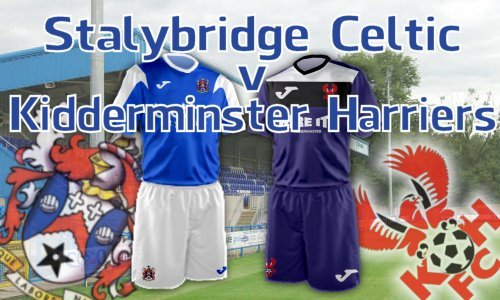 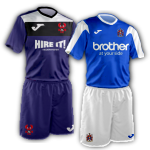 A single goal was enough for Celtic to start making Mission Impossible look Mission Hopeful. This was not a Kidderminster side cruising to the finish line with nothing to play for, after Celtic’s fantastic win at the weekend beating the league leaders, Kidderminster knew that they had a chance to close the gap for the top spot down to three points with a win. Instead, Celtic moved to within five points of safety, with a game in hand.

The first half was very tight and even, with neither goalkeeper overly troubled as the defences kept their opposite attackers at bay. Chances did come, Kidderminster dangerous from set-pieces, captain Keith Lowe was only narrowly wide from a corner, and Darryl Knights’s effort was hardly of note from a free kick, though Jordan Tunnicliffe went the closest when he nodded a corner into the side netting from close range. At the other end, James Roberts and Andy Bishop were making their presence known, with the former firing over the bar from outside the box on two occasions. Adam Mather came the closest from either side of breaking the dead lock, with a wicked diagonal shot from the corner of the box that whistled narrowly wide of the far post.

Celtic edged the second half, with Bishop trying a looping header, but Sam Hornby was well placed, whilst Roberts’s low shot was turned out for a corner by Tunnicliffe. The corner came out as far as Adam Mather twenty-five yards from goal, but the shot was well struck and Hornby had to stand firm behind it.

Though it was Harriers who threatened mostly from set-pieces, when Daniel Nti brought down Danny Wisdom in full flight, thirty yards from goal, Danny Pilkington curled his free kick up and down into the box, nobody got a touch on it, through people tried, including Hornby at full stretch, unable to reach it as it sailed into the back of the net.

Against a team as well drilled and disciplined as Kidderminster, Celtic couldn’t rest on their slender lead, but Kieran Dunbar, Roberts and Bishop all fired their chances wide, Dunbar looking certain to score. Harriers defended superbly, and when Roberts smashed the offside trap wide open, they recovered well, and got back to give him no options in the box.

So, with moments to go, with the visitors throwing everything forward, a free kick thirty yards out had shades of FC United all over again. Andre Brown got good contact on the ball, but Grant Shenton pulled off a save that handed Celtic the three points, tipping the blistering shot over the bar.

Celtic travel to Cheltenham to face homeless Gloucester City on Saturday, knowing a win there, coupled with losses for Worcester and Gainsborough would put safety back in our hands. Something unthinkable after the Worcester defeat at Altrincham’s Moss Lane.