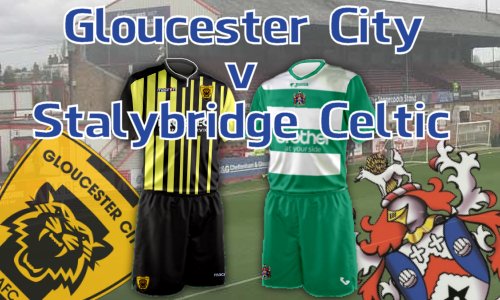 Away Defeat At Gloucester
By Debbie Taylor 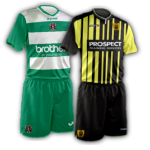 Celtic dominated the first half, but a reluctance to pull the trigger in glorious positions led to a second half that saw Celtic reduced to ten men, and put our league survival back into the realms of the almost impossible.

Celtic were virtually encamped in the Gloucester box for much of the first half, with Gloucester back-pedalling and throwing bodies in the way, denying a clear opening. Danny Pilkington twice got into great positions, but both times failed to pull the trigger immediately, allowing Gloucester to get numbers in the way. When the shot did come, as it did after a great move that saw Danny Wisdom release James Roberts, who pulled the ball across to Andy Bishop, his nod down was right into Pilkington's path, but the end result was terribly disappointing. Adam Mather and Matt Regan both had cracks from the edge of the box, both wide, whilst Roberts again set Pilkington up at the edge of the box, but his curling shot was far too close to Jas Singh.

Celtic lost Pilkington when he twisted his knee and had to be stretchered off. Gee came on to replace him. Gee fed Roberts moments before half time, Robert's low effort pulling a good stop from Singh but the ball only cleared as far out as Bishop, whose shot was deflected by a defender's leg with Singh stranded.

The second half started with Celtic looking a little more direct. Aaron Chalmers, up for a corner, took the ball in close, pulling the trigger from close range, with Singh making a good stop with his legs.

After a set-piece around the Celtic box, Celtic broke at speed, Roberts, Bishop and Mather baring down on Kieran Thomas and Singh. It looked certain to be the opener, but play was stopped with Zack Koteica on the floor in the Celtic box; after words with the assistant, the referee dismissed Matty Hughes. The assistant had obviously seen what the referee (and the Celtic fans) hadn't. That was the turning point in the game, and Gloucester upped their game. Joe Hanks and Koteica both brought Grant Shenton into action for the first time in an hour. Despite the pressure, it was Keiran Dunbar who came closest to scoring, curling in a free kick that smacked against the post and was hacked clear by Sam Avery.

So the opening goal came at the other end, in traditional Celtic style. A wicked shot from Koteica was stopped by Shenton, but the Celtic keeper had the ball in his legs, not his hands, and Luke Hopper took advantage, extricating the ball from the prostrate Shenton's legs and forcing the ball over the line.

Celtic got an equaliser that looked to give them a life line in saving their season, when Kieran Dunbar's free kick from the opposite side to where he?d hit the post, this time the ball flew up and over the wall, down and into the bottom corner.

The lead lasted barely three minutes. Gary Gee fell under a strong challenge just outside the Celtic box, harshly conceding a free kick for handball when the hands he used to stop his fall touched the ball. Joe Hanks fired the free kick low through the crowd, and Luke Hopper was on hand to turn the ball into at the far post.

Celtic almost grabbed an equaliser in stoppage time, when Porya Ahmadi's low drive after excellent build up play, was destined for the bottom far corner, until Sam Avery's stretching foot diverted it past the post, and there was no time after the corner to press it, despite it not really being cleared.

Celtic shot themselves in the foot. As with the Worcester game, at the start of the match, they were in a position to save their own season. Now, we are reliant on the teams above us to drop points, while we have to beat fifth placed Chorley, tenth placed Tamworth, eleventh placed Harrogate and eighth placed Brackley. It doesn't look hopeful.