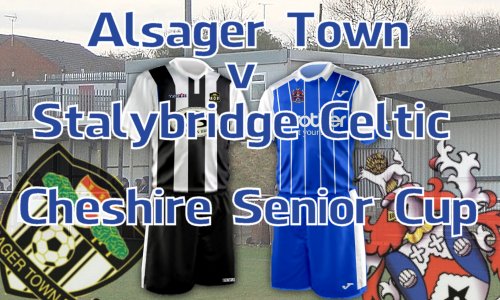 Celtic Win Away At Alsager Town
By Debbie Taylor 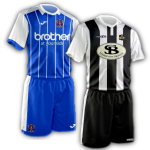 It was a much depleted squad that Celtic sent out into a bitterly cold night to face Alsager, but the gulf in class was too much for Alsager to overcome and Celtic put in a professional performance to take their first away win since April last year.

Alsager's team contained some talented footballers, and they did cause problems, especially early on while they were fresh, with Kiarno Samm's header off a corner tipped over the bar by Jack Walton, and Taylor Attrail's low shot pushed around the post. However, Celtic never looked likely to concede and the more likely of the two teams to score. Liam Dickinson fired over the bar before Joe Mellor pulled off a trio of fantastic saves to deny Tom Brown the opener, the Celtic midfielder getting three chances to force the ball past the Alsager custodian, before the third save came out to Greg Wilkinson who tried to curl the ball in at the far post only to go narrowly wide. Moments later Connor Hughes's twenty yard effort clipped the top of the bar on the way out, whilst both Hughes and Jake Charles missed by scant inches.

A goal was coming, and it came from Greg Wilkinson retrieving a half cleared corner thirty yards from goal and putting in a perfect lob that dipped over Mellor and in under the bar.

Celtic started the second half in the same vein, adding to the score-line within moments of the restart. Charles was put into space after Hughes dropped the ball off on his run, but Charles took the shot, forcing Mellor into a decent stop, but he couldn't hold it and the ball came to Matty Wolfenden, who tapped in from a yard.

Hughes went himself five minutes later, but his shot lacked the power to beat Mellor, whilst Charles dragged his shot wide. Tom Ashton could have pulled one back for the home side during their best move of the match, a long ball from Matty German freed Attrail to push down the wing and fire in a great low cross that Ashton met well, firing the wrong side of the post.

Charles put the game to bed with a cool finish quarter of an hour before the end when his fitter legs game him the freedom of the park off Wilkinson's cross, but it needed a good finish to beat Mellor and it got one, angling the ball across the face of goal.

But for a flying save in the dying moments, the score-line could have had a gloss when Roberts's dipping shot was denied, but either way, it was a justified score and an away win to get that psychological hoodoo off Celtic's shoulders.