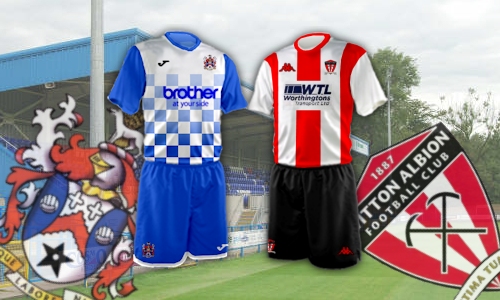 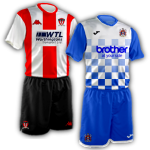 On Saturday, Celtic are at home to face Witton Albion. Witton are currently fourteenth on thirty-two points, three places and seven points below Celtic though they have four games in hand. There will be a match centre and Twitter feed for this match.

Witton's recent away form has seen them beat Nantwich at the start of the year, but their last two away games were both losses, losing 1-0 to both Hyde and Lancaster. With these being their last two games, Witton have not won at all since January twelfth, when they beat Matlock at home. Last year, their away record was much better, with five wins and a draw from ten.

Witton have scored thirty goals this season, the fifth lowest tally in the league so far. Witton's current top scorer is James Foley, who has scored a third of all of Witton's goals, with ten. Rob Hopley is the closest to catching him, with six. Witton score 1.4 goals per game away from home, scoring eighteen goals, half of which came in just two matches, a 4-0 away win over Ferriby and a cracking 5-0 win away at Buxton. They have failed to score in four away matches. Overall, they are scoring 1.2 goals per game, thanks to a goal per game ratio at home. Only Warrington have conceded fewer goals than Witton's twenty-eight this season, they concede exactly half of their goals on the road, at a rate of 1.1 goals per game. They have kept five of their ten clean sheets on the road.

We have played Witton this season, when we visited back in November, when we inflicted their worst home defeat of the campaign so far, beating them 3-1, with two goals from Matty Wolfenden and a stunning free kick from Liam Tongue. Witton's last visit, last season saw them win 5-0, in Celtic's penultimate match, or the ninety-ninth match played in April. This was added t the September game at Witton where they won 4-1, meaning over the two games, the aggregate was 9-1! Going back through history, most of the encounters were cup of friendly games, with the previous league meetings between the two teams when we were both in the Conference Premier or the old Unibond. In the last thirty years, in eleven visits, Celtic have won six and Witton three in all competitions.

Josh Solomon-Davies, Scott Wilson, Jack Taylor and Elliott Cooke are all still doubts for the weekend, with Michael Clarke and Liam Tongue both carrying niggles, but could be fit.

A win for Celtic could see Celtic move up to seventh if results go our way, as Basford not playing, so we would reach seventh if Matlock and Hyde draw and Buxton lose at home to Gainsborough. Only Whitby can catch us, if we lose, and they beat Lancaster in Whitby.