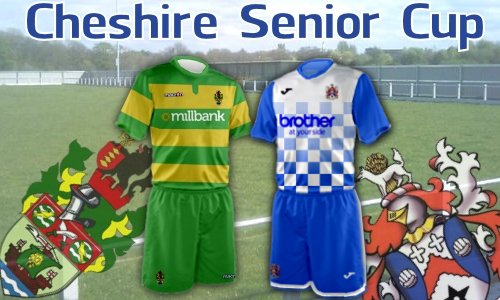 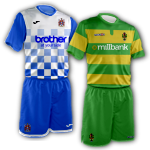 On Tuesday night, Celtic travel to Runcorn to face Runcorn Linnets. Linnets are currently third in the Evo-Stik West division, the division below Celtic, on forty-five points. There will be a match centre and Twitter feed for this match.

Linnets are having a cracking season, losing just once at home, a 4-0 defeat by Droylsden. Runcorn are still in the league cup, having beaten Hyde 4-1 on penalties after the start of December game finished 1-1 at full time. Their last home match was a 2-1 win over bottom of the table Skelmersdale United. Their only home defeat was in their previous home match, just before Christmas, when Droylsden beat them 4-0. In their last five home matches, they have won two, drawn two and lost one. The win over Skelmersdale at the end of 2018 left Runcorn Linnets top of the Evo-Stik West division, they have not played since, allowing Radcliffe and Atherton Collieries to overtake them. They are a point off top spot.

Linnets have a few familiar faces in their line-up, with striker Kurt Sherlock (eight appearances for Celtic in 2016) up at the top of the goal scorers' chart, with six league goals. Also among the goals are Peter Wylie, who made fifty-five appearances for Celtic in the 15/16 season. Other players of note are fullback and penalty taker Louis Corrigan, who has found the net from the spot five times in the league this season, Freddie Potter, with six league goals, and Daniel O'Brien, also with six league goals. Between them, they have scored over half of Linnet's forty-one league goals this campaign. They score at a rate of nearly two goals per game, whilst they have conceded thirty goals, at a rate of about a goal and a half per game.

Last time we met in the Cheshire Senior Cup was in 2013, when Runcorn Linnets visited Bower Fold in 2013, a game that finished 2-1 to Celtic with goals from Corey Gregory and Mitchell Austin. Going further back, to a period when they were known as Runcorn FC Halton (a name they changed to with a move to the Halton stadium, and before the team splintered), our last visit there was at the start of the 2004/05 season, when we drew 1-1 in the founding season of the Conference North. Our last visit in the Northern Premier League was at the end of the 2003/04 season, when we lost 3-0. Our last win there was in the Presidents Cup in 2003, when we won 4-2 with goals from Nathan Wharton, Marcus "Elvis" Hallows and a brace from Phil Eastwood.

Celtic lost several players over the past week with loans ending and Danny Brady retiring. It is likely Aidan Winterbottom will be getting another start on Tuesday, while Celtic look to secure a familiar face between the sticks, but getting the registration done in time is hopeful, but unlikely. Josh Solomon-Davies is a doubt, after picking up a strain against Mickleover.

Take the M60 to junction 4 and join the M56.
Stay on the M56 for 19 miles to junction 11 and join the A56.
After two miles, and going straight over 3 roundabouts, turn right onto Stockham Lane.
The club is here.