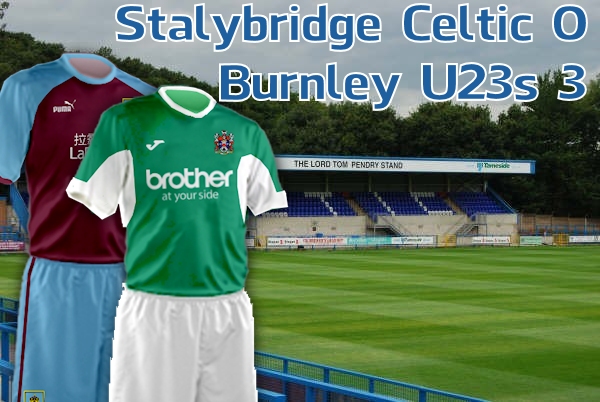 Stalybridge Celtic played out a goalless 0-0 draw against Droylsden, in their first Saturday home match of the new season.

In a game where neither side was able to dominate, it was Celtic who can probably count themselves more unfortunate to have not won the game.

Showing just one change from the side that had started Tuesday's match against Gainsborough, Jack Laird replacing Dennis Sheriff in attack, Celtic seemingly had the balance of play but were unable to find the crucial breakthrough.

Mitchell Austin, who along with Laird and Jamie Mullan caused problems for the opposition all match long with their pace, created the first chance of the game as he fed Adam Pepper, whose curling shot was tipped away.

It was to be Greg Wilkinson who came closest to opening the scoring though as he first saw a fizzing shot screwed wide from a free kick and then missed a golden opportunity when shooting well wide, after Laird's initial effort had been parried.

Even though Celtic were well on top, they still couldn't find a way to conjure up that elusive first goal. A excellent ball from Wilkinson to Mullan allowed the nippy winger to fire in a rising shot, which was tipped over.

As the game petered out, twice Celtic had the ball in the net but both efforts were disallowed for offside, the first of which would have stood, but for Jordan Barrow's last second touch, when he was in an offside position. With little other action forthcoming, save for Droylsden's best and virtually only chance of the game being dragged wide right at the end, 0-0 became the full time score.

Two points out of the first nine may not be the ideal start that Celtic are looking for but the belief of high quality in this young squad remains. Time is all that is needed for things to really gel.

Three games in and the signs are still promising from what can be expected in the season ahead.