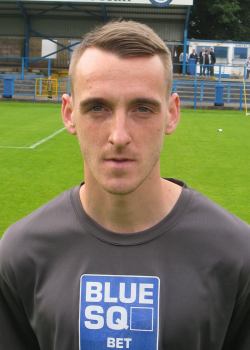 Nottingham born, Jamie Mullan is a pacy left- or right-sided winger, who has been in and around the Conference for a few years now. He burst onto the scene for Northwich Victoria in 2008, going onto make fifty-one appearances for the Vics, and finding the net twice. In May 2009, Fleetwood were so impressed, they signed him on a two year deal, and he went onto make thirty-one appearances, helping them to the Conference North title, before being released to join Conference National side Alfreton. In his year with Alfreton, he made thirty-five appearances and scored once. As a schoolboy he was with his Notts County, but was soon picked up by the Manchester United Academy, where he spent four years, leaving at 18 to join Rochdale. After a successful season, he was tempted away in the transfer window to Welsh Premier side, New Saints FC.
Career
Position
Midfielder
Born
10th Feb 1988 (33 years)
Joined
26th Jun 2012
Left
29th Jan 2013
Last App
12th Jan 2013
Last Goal
8th Jan 2013
Career
Appearances
24
As Sub
7
Subbed off
6
Unused Sub
1
Goals
3
Assists
6
Red Cards
0
Yellow Cards
0
Points
34 / 72
Average Points
1.42
Wins
10
Draws
4
Losses
10
Total Pitch Time
1614 mins
Appearances
Sponsors
Main club sponsor