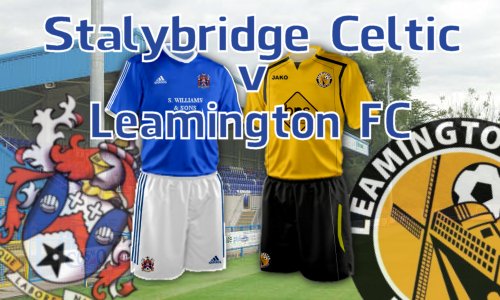 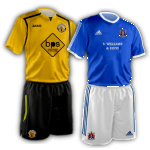 There is no question that Celtic looked jaded against Leamington compared to previous games, despite this, a series of bizarre decisions possibly cost Celtic the points, including a penalty decision and a free kick that lead to a goal.

The game itself was very even, both Charlie Ennis and Stefan Moore tested their opposing keepers early doors, and when Dan Newton got hold of a loose ball after a tussle in the middle of the park and unleashed a thirty yard dipping effort that had Lewis King scrambling back to his line, and had he probably had it covered, but the ball sailed over his fingertips and smacked against the crossbar, whilst at the other end, when Ben McKenna was tripped getting past Richard Batchelor, a superb curling free kick from Liam Dickinson was tipped away by Neil Collett.

Celtic started the second half on top, going at Leamington, and within a few minutes it almost paid dividends when MAtty Mainwaring's twenty-five yard rocket of a shot was hacked off the line by Stephen Morley with Collett well beaten.

At the other end, Jordan Goddard caught the back of Liam Dickinson's as the Celtic striker brought the ball away from his own box. Cue the first bizarre decision as the foul was awarded Leamington's way, ten yards outside the box. Up stepped Goddard, he didn't care Leamington shouldn't have had a free kick, and he produced a top drawer free kick that curled up and down, and into the top corner, just beyond King's fingertips.

Celtic tried to get back into the game, but it remained fairly even, Stefan Moore shooting straight at King from close range, and Ben McKenna almost rolling the ball back to Collett; Matty Hughes came up for a corner, and headed wide when Dickinson was in a better position. Then came the second bizarre decision. Aidan Chippendale burst past Stephen Morley, the Leamington defender brought the Celtic winger down in full flight, in the box. It may or may not been a penalty in some referee's eyes, but what was bizarre was Chippendale was booked for diving!

Leamington closed the last fifteen minutes out well, and while didn't really create anything themselves, they contained Celtic far too easily, and in that regard deserved the three points.