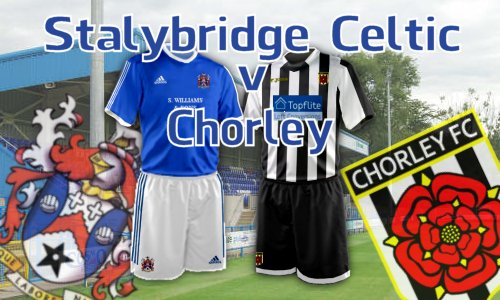 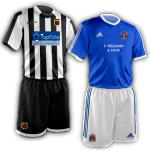 Chorley were bigger and stronger, but had very little in the way of a game plan, throwing the ball from the sideline to James Dean appeared to be it, with Celtic able to cope with this, it would take a bit of luck or magic to get past the Celtic back line, as it happened, it was a mistake leading to a penalty.

Celtic built well from the off, culminating in Michael Potts firing into Sam Ashton's arms, whilst Chorley were getting chances, but squandering them with woeful finishing. Chances were at a premium, Oliver Crowley's low cross striking upright rather than a leg, before Adam Mather latched onto a half cleared ball and rifled in a shot that Lewis King saved well one handed.

Just before half time, Josh Hine tried a different tack for Chorley and ran down the touchline, and Nathan Heath clipped him on the way past for a nailed on penalty. James Dean who had spent the game heading balls onto the Celtic defence to clear, took the penalty and rifled it straight down the middle almost hitting the crossbar.

The second half saw more in the way of chances. Dean was one-on-one with King, but the Celtic keeper got the best of that one, whilst Jamie Allen got his chance at the other end, one-on-one with Ashton, Ashton got the best of the duel. King was called into action again, this time from a rocket of a shot from Aaron Burns that King flew to his right to palm away, with Oliver Crowley first to the loose ball to clear. Paul Ennis, on for Kevin Holsgrove, made some space but fired narrowly wide, whilst Potts and Ennis got chances, but couldn't trouble Ashton overly much.

New boy, Jamie Allen had very little chances to sparkle as he had at Stockport due to a well marshalled defence, and with Chorley relying almost solely on long throws to Dean, a goalless draw wouldn't have been unfair, but with the penalty, Chorley took the points and left Celtic rooted in the bottom four.