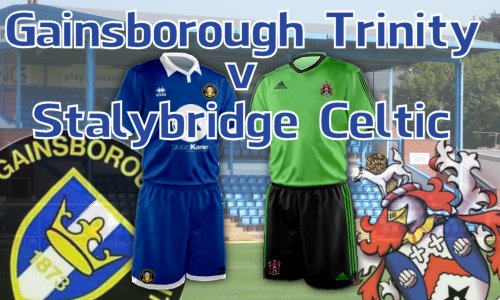 Away Day Blues
By Michael Beech 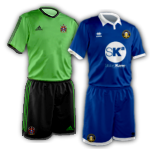 Celtic succumbed to their 2nd loss of the season on a damp evening in Gainsborough after playing with 10 men for 75 minutes.

Manager Watson made 2 changes to the side that beat Gloucester, with Adam Farrell and Steve Tames making way for Alex Johnson and Chris Simm.?

The match began at some pace with two Trinity corners and a Celtic shot rattling the crossbar. Then on 15 minutes the main talking point of the game happened when Simm leap upwards for an arial challenge with right back Roma. Leading with an elbow, Simm was dismissed with little complaint from any of the Celtic contingent. Bohan Dixon and Matt Wilson were booked afterwards for adopting an aggressive attitude in an altercation with each other.

Things settled down upon plays resumption, Celtic reorganised and not only defended resolutely but created a plethora of chances. Amongst them was a header put narrowly wide but Jack Higgins, who, pleasingly, seems to keep getting into goal scoring positions. Gainsborough took the lead after a sweeping counter down the left from Bignall who crossed for Jarman to smash home at the back stick.

Before the break, Dixon had a shot which made the big Dane and former Celt Jan Budtz get down to save.

The 2nd half started with Trinity on top. A header cleared of the line was the closest they came to increasing their lead. Time ebbed away with less action than in the first half until the 75 minute when a skewed header from Jarman ended up bouncing kindly for substitute Charlie Binns, who promptly smashed it into the top bin on the half volley from just inside the area.

Gainsborough scored again moments later with an even better strike from outside the area, this time from Bignall, that had McMillan grasping at air as the ball flew into the top left of his goal.?

Celtic grabbed a consolation goal from an Adam Farrell (on for Wright) free kick on the edge of the D, taking a wicked deflection to blot Budtz's otherwise perfect card.

Celtic conducted themselves well after going down to 10, not just defending well for the majority but also creating chances. Not many would disagree that, with 11, the scoreline would have been much more positive for the team in green.