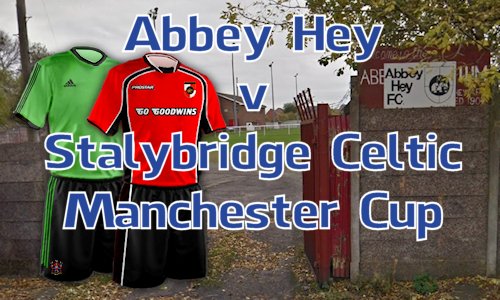 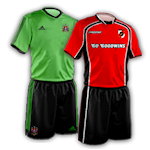 On a wet and heavy Abbey Hey pitch, Celtic really struggled to get going, with misplaced and wayward passes throughout the first half. However, the second half, as the rain eased, Celtic too eased into the next round.

Both sides had early chances, with James Moss finishing off a good move for the hosts, but he lacked the power to trouble Callum Hill, the same was true of Darius Osei's header into the arms of Chris Marques's arms from Adam Farrell's cross. The first goal took advantage of the conditions, when Justin Pickering tried a speculative thirty yard effort that looked a simple catch for Hill, but inexperience or a slippery ball caused the shot to sweep between his hands and into the net.

It was almost a repeat event a couple of minutes later, when Bradley Robinson tried a similar effort, but this time Hill pushed the ball into the ground, and caught on the second attempt.

The second half saw a much more dominant performance from Celtic, pushing Abbey Hey further and further back. John Shaw fired wide from a corner before substitute Aidan Chippendale slid the ball into the path of Darius Osei, one-on-one, he slotted the ball past Marques, with the Abbey Hey keeper cursing his defence. Osei went close almost immediately after, proving a handful for the defence, and pulled down by Andrew Smith on the penalty spot, and the keeper advancing, Osei had the presence of mind to stretch out a leg while on the floor and poke the ball into the back of the net.

Farrell went close, as did Chippendale, before Paul Smith handled Chippendale's cross in the box, conceding a penalty that had to be Osei to take. It was a perfect penalty, top corner, beyond the reach of Marques. Osei joined the hallowed ranks of Celtic strikers with four goals in a game to cap off a fine performance when Ben McKenna outwitted two Abbey Hey players, and fired in a low cross for Osei to come in on and side foot home.

Abbey Hey had a good stab, but the Celtic defence fairly easily coped with the host's attack, and once play became more predictable, Celtic were just better across the park.