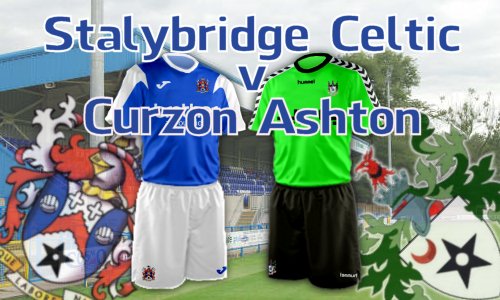 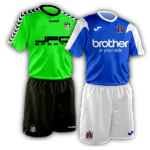 Celtic put in the effort, put in the ability but two lapses in defence gave Curzon a two goal half-time lead. The woodwork and good goalkeeping meant those two goals were enough for Curzon to take the points in the first of the Festive double headers.

Celtic knew that this game would have a big bearing in our place in the Conference North next season, and pressed the visitors from the off, Gary Gee and Kieran Dunbar both testing Cameron Mason early doors. The save from Dunbar's rising drive was especially impressive, pushing the ball around the post. A free kick taken by new signing Lee Gaskill was wicked, curling beyond Mason's fingertips crashing back off the post. Celtic kept coming, Dunbar's effort deflected just past the post and Gary Gee heading just wide from Danny Wilkins's corner.

Somewhat against the run of play, Curzon turned their first chance into a goal, a floated in free kick met with a powerful header by Niall Cummins that Grant Shenton couldn't reach. Moments later, and a corner caused all kinds of problems for Celtic as they tried to hack it clear before eventually Jamie Stott got the telling touch to force the ball under Shenton.

Danny Wilkins had a glorious chance to grab a goal back just before half time, when he wriggled free to go one-on-one with Mason. The ball got stuck in his feet as he put the ball onto his favoured foot, allowing the defence to crowd back in on him. Even so, on target and it was a goal, but he screwed his shot wide.

Celtic had a let-off at the start of the second half, when James Baillie shot from distance, only narrowly missing the target. Celtic looked to be now up against a team that was settling for the two goal lead. However, that was halved when Gaskill's inch perfect curling pass behind the defence to the back post wrong footed Curzon and Aidan Chippendale came steaming in to smash in Celtic's goal.

Shenton was required to pull off an exceptional stop at the other end moments later, as Curzon went looking to restore their cushion. A close range half volley was blocked, Celtic scrambling clear. Just past the hour mark, Iain Howard's last chance was a half-hearted low shot straight at Shenton.

From that point on Celtic were in control. The last twenty minutes saw them lay siege to Curzon's goal. Chippendale's free kick cleared the bar, as did the overhead from Liam Dickinson from Da Silva's cross. Wilkins too cleared the bar, but from a corner, Alex Honeyball came within an inch of equalising, his towering header from a corner crashing back off the bar. In stoppage time with Celtic camped in Curzon's box, Mason pulled off the save of the match from Keil O?Brien's header, Liam Dickinson flicking the ball off the back of his heel over the bar from the rebound.