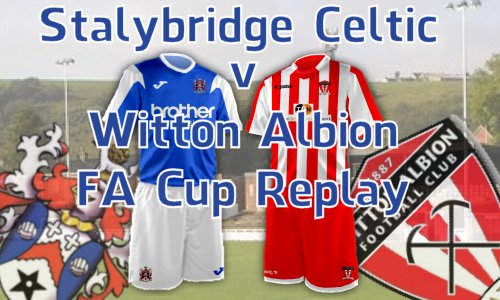 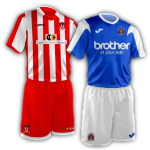 Celtic did not dominate proceedings, as they had in the original tie, with Witton giving it a good go, however, they still never really tested Tony McMillan, whilst second half goals from Matty Hughes and Andy Owens gave Celtic the cushion they needed to survive a late bout of pressure.

Playing at Mossley's Seel Park stadium due to ongoing floodlight problems at Bower Fold, Celtic had the best of the first half chances, the best of them, a ball behind the defence from Steve Tames into the path of Andy Owens, but just too far ahead of Celtic's striker, and though he got his studs on the ball, he could do no more than divert it towards Danny Roberts in the Witton goals. Tames had a go himself from an acute angle that had Roberts flying across the face to tip the ball away whilst at the other end, Anthony Brown got onto a good cross from Anthony Gardner, nodding the ball softly back to Anthony McMillan.

The second half continued at a cracking pace, and Celtic started it with a goal, a perfectly swung in corner from Danny Pilkington, Matty Hughes with a towering header, and Roberts could only watch as it flew into the back of the net.

Witton roared back, Rob Hopley on target but lacking the power to beat McMillan, whilst at the other end, Owens beat the offside trap, for a change, but Roberts was on hand to fly across and push Owens's shot away. Hopley got another chance when he dragged the ball to the edge of the box, but Celtic threw bodies in the way, Matty Hughes getting the telling touch to diver the ball the wrong side of the post.

From the corner, Celtic broke, Steve Tames leaving the Witton defence trailing, pulling them wide and again putting a superb low cross into the path of Owens. This time, the combination worked, with Owens arriving at the back post at the same time as the ball to side foot home, there was going to be no repeat of Saturday's draw.

Or was there? With ten minutes remaining, the tenacious Prince Haywood twisted his way to the box, the prodded ball was into McMillan's midriff, but grasping the ball, it slipped, got caught between his feet, and Haywood slipped it sideways to Thomas Owens who smashed the ball into the back of the net.

Though Witton pressed, the Celtic defence did not capitulate again, and Albion's forwards did not trouble McMillan for the rest of the match.

Celtic now look forward to the next round, when we are away at Halifax.