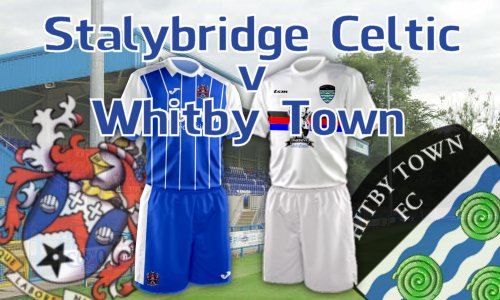 Celtic Win At Home To Whitby
By Debbie Taylorr 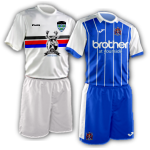 Celtic got some measure of revenge for their opening away day defeat by Whitby by making it two wins in three.

Celtic had a great start, looking comfortable all over the pitch, and in their first meaningful attack ripped a hole in the Whitby defence. Liam Dickinson started the move, sending Sebastian Julien to burst through a lunging defence. He kept his feet and put a through ball into the box for John Cofie to run onto, which he did, striking the ball first time with so much power that even though Shane Blunt got a hand on the ball, he could only loop it over himself and into the net.

Cofie twice went close in the remainder of the half and both Dickinson and Theo Bailey Jones put in cracking balls that were begging to be tapped in, but they couldn't extend the lead, which led to a nervy final five minutes in which Whitby attacked strongly, though a poked effort from David Carson was about as close as they came.

The second half saw Celtic start more composed and organised, and again started with a goal. After heading so many balls away from goal, Ross Killock was up for a corner, it sailed over to his defensive partner turned striker partner, Luke Ashwoth, who headed it back to Killock to nod into the back of the net.

Celtic looked to press their advantage while they had it, Greg Wilkinson volleyed over with his first touch after coming on for Julien, Oli Roberts saw his powerful shot blocked for a corner which Liam Dickinson got to at the back post, but directed the ball wide. As the game went into the final fifteen minutes, Whitby pressed and pressed hard. They forced Celtic further and further back towards their own goal and almost pulled a goal back when Kieran Weledji got behond the defence on a lofted ball from Carson, but Jack Walton pulled off a superb reaction block.

Whitby did get a goal back with five minutes remaining. A floated free kick came in from Danny MCWilliams. Walton collided with Killock as they both tried to clear it, Carson also got into the collison, and the ball came down to Andrew May who nodded it into the back of the net under pressure.

A goal behind and Whitby redoubled their efforts, with Celtic rocking, especially when four minutes were announced as stoppage time. Celtic were in clearance mode, with the ball coming straight back. Aidan Chippendale and Bailey-Jones tried to hold it up in the corners, but that wasn't working. So Wilkinson instead found Jake Charles who was on a run. With so many committed forward Charles had one to beat, and did.

The was only Dickinson in the box, but Charles's low cross found him with unerring accuracy, and Dickinson side footed home the goal that ensured the three points came Celtic's way.