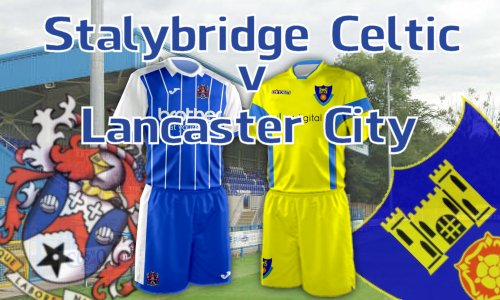 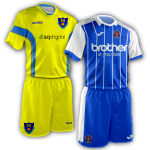 Celtic kicked off 2018 with a goal-fest they were on the right side of, putting four past Lancaster in a second half memorable not only for the goals, but also the weather.

Lancaster started the stronger, Thomas Kilifin stretching around Danny Morton to try and put a Paul Jarvis cross in at the back post, but his shot went wide, but six minutes later, an innocuous challenge half way into the Celtic half was lobbed into the box, Richard Mercer stooped in and directed a good header beyond the stretching fingers of James Coates.

Celtic started to get back into the game, though it was hard going against a team aiming to hold onto the single goal lead. Dickinson headed straight at Chris Cheetham, Jordan Chapell fired wide. It was beginning to look like another in a long line of disappointing games. Celtic kept plugging away and when a corner was cleared only as far as Jordan Chapell, he fired in a super rising shot, arrow straight with Cheetham stationary as it flew into the corner.

An injury to Mercer extended stoppage time at the end of the half by another two minutes, so in the fourth minute of two, disarray at the back when Lancaster broke resulted in Kilifin getting all tangled up with Coates and Luke Ashworth, the ball coming out to Sam Bailey arriving at speed fired into the back of the net and restored Lancaster's lead as the last act of the half.

At the start of the second half, Lancaster got a warning of Ashworth from corners, when he scuffed his connection straight at Cheetham. However, after Theo Bailey-Jones had a stunning effort turned away at the expense of a corner. The corner was whipped in by Connor Hughes and Luke Ashworth got his head to it ahead of the Lancaster defence, equalising for the second time.

Bailey-Jones was causing no end of trouble on the heavy pitch, after he was checked before he could get into the box, the ball came to Chapell who smashed in his second from twenty-five yards, the ball flying past Cheetham.

Chapell could have had his hat-trick almost from Lancaster's kick off, when one-on-one with Cheetham, rounding the Lancaster and rolling the ball towards the empty net. The deteriorating conditions had left the goal-mouths at both ends muddy, Chapell's effort slowed to a crawl allowing Ben Hudson to get back and clear. However, when Hudson's back-pass got caught in the mud, Chapell made sure this time, rounding Cheetham again and firing in from an acute angle, Paul Dugdale got back, but slid into the net with the ball.

Celtic kept going, and a string of corners resulted in Celtic's fifth and a deserved goal for Bailey-Jones, though the corner had been half cleared by a desperate Lancaster defence. It could have been worse seconds later when Liam Dickionson's twenty-five yard screamer was well stopped by Cheetham, who must have wondered where the first half barely-a-shot Celtic had gone.

The final few minutes saw chances at both ends, Bailey-Jones fired at Cheetham, Kilifin was denied by a good stop from Coates before his second chance saw him leave the ball behind in the mud and swing at air, the half clearance falling to Bailey whose shot was deflected over the bar by Morton, and the final act of a remarkable game saw Glenn Steele's header land comfortably in Coates's hands.

Much more of the same if Celtic's season is to be turned around.