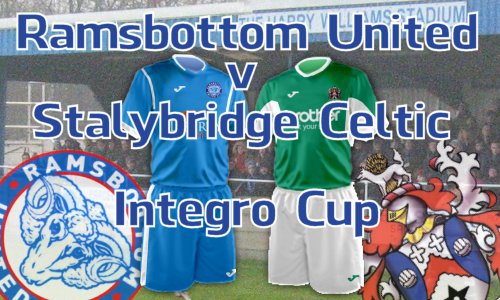 Celtic Lose Away At Ramsbottom
By Debbie Taylor 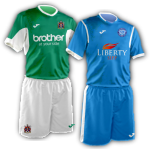 It's not often in football you get to apply a lessons learned to a match, but Celtic got a second chance to get through in the Integro cup, and failed to apply the lessons from the previous match, while Ramsbottom had, easily seeing off Celtic.

It started badly when Eddie Moran tried his luck from thirty-five yards with a powerful curling shot that curled beyond Joe Slinn's fingertips into the bottom corner in the opening minutes.

Danny Morton, playing further up-field than usual, had a couple of chances in response, the second of which saw Danny Tabener at full stretch to palm the shot around the post, however, the hosts doubled their lead with a long ball down field that Ben Richardson latched onto, his touch taking him past the Celtic defence to go one-on-one with Slinn, coming off the victor with his shot slid past the youngster.

Though Theo Bailey-Jones and Lee Neville had chances they weren't convincing in execution and it took a decent stop from Slinn to stop Celtic going further behind at the break.

From a Celtic perspective, the second half was largely played around their box until the last fifteen minutes, and this allowed Ramsbottom to put the game well beyond doubt, Jerome Wright dispossessing Oliver Crowley just outside the Celtic box and putting his shot across the Celtic keeper into the bottom corner.

The last fifteen saw Celtic carve out several decent chances that finally tested Tabener. Edmilson created a yard of space at the edge of the box, his shot deflected for a corner that eventually came to Lee Neville twenty yards out, who unleashed a scorcher that had Tabener flying through the air to tip it wide. In stoppage time, Neville got another chance to unleash his left boot, but once again, a flying stop from the United keeper denied him, and left the final score at 3-0.

Celtic were left still searching for their first away win.