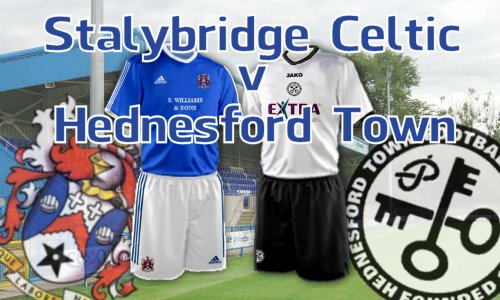 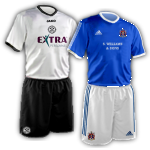 With Gloucester and Tamworth both winning, Celtic slipped into the bottom two with Tameside neighbours Hyde after a thumping at the hands of Hednesford Town, in a game that at half time, Celtic looked more than capable of winning.

Indeed, Celtic could have been two up at half time, with Ben Bailey needed to get in the way of Matt Regan's goal-bound close-range effort as Hednesford struggled from a free kick dropped right in the mixer. Moments later and Anthony Malbon forced Danny Crane into a reasonable stop, before another free kick on the half hour again caused Hednesford no end of woe, this time a combination of keeper and Darren Campion denying Liam Dickinson any joy virtually on the line, trying to force it in.

Right before the interval, a long throw from Campion cleared everybody in the box, and Steve Diggin went racing after, but with nobody closing him down, although the angle was tight, he fired home.

Hednesford have won every game they?ve led at half time, and this was going to be no exception, although Celtic came racing out of the blocks, and Kevin Holsgrove would have got his first goal, but Anthony Malbon, aware of James Hurst arriving to perhaps clear the ball tried to divert the goal-bound effort from Holsgrove into the back of the net, and instead succeeded in lifting it over the bar,

There was shades of controversy over Hednesford's second goal, with goal scorer Richard Batchelor clearly offside when the ball came to him from Sam Diggin, but he wasn't waiting for a flag and stuck it past a protesting Lewis King; Liam Dickinson, playing central defence admirably, got booked for pointing out how far Batchelor was offside.

Nathan Heath shot from distance arriving onto a Sam Staunton-Turner layoff, and Todd Jordan's low drive was tipped around the post by Crane, and when Nathan Heath's mistimed tackle brought down Jamie Osbourne in the box, earning him a straight red, and the Pitmen a penalty, it was a case of rapidly downhill for Celtic. Diggin converted the penalty straight down the middle. Moments later and Diggin could have had his hattrick, when his volley off the corner crashed back down without crossing the line, if the Celtic defence heaved a collective sigh of relief, this was cut short when Batchelor got his second, onside this time, knocking the loose ball into the roof of the net.

Kelvin Bleau got a timely leg to Alex Melbourne's effort in an attempt to stop the rout, but when substitute James Cadman brought down Osbourne just inside the box, there was no hesitation from the referee in awarding a second penalty. Diggin took it again, and did the same, straight down the middle, with King diving, this left Hednesford five without reply, and it still could have been six, when Marvin Robinson went one-on-one with King, but the Celtic keeper got a hand to the ball to divert it for a corner.

It's perplexing, Celtic didn't look five goals worse than Hednesford, and yet forcing the ball over the line seems a distant memory now.