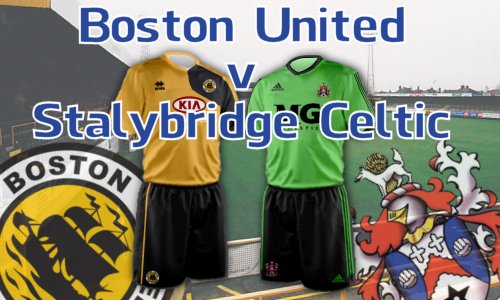 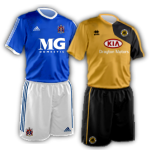 Celtic's third consecutive away clean sheet saw them return from the long trip to Boston with all 3 points.

Victory for Boston would have seen them go second in the table and they had the first two chances of the game with the well placed Ngamvoulou caught offside and then Felix found himself one on one with Tony McMillan but poked his effort well wide of goal.

Celtic opened the scoring when a right wing corner caused confusion in the Boston area. Dixons effort was blocked but when the rebound fell to Simm on the edge of the box he rifled the ball home through a crowd of players.

Five minutes later Boston had a great chance to equalise when a well-worked free kick on the edge of the area saw Roberts slip the ball through to Hilliard whose shot beat McMillan but crashed back into play off the crossbar.

Celtic had a chance to double their lead but Spiess got down well to turn Dixons fierce drive round the post, but on the stroke of half time the big German went from hero to zero: Tames chased a long punt upfield but the goalkeeper was always favourite to clear the ball however he missed his kick completely and Tames nicked the ball round him. Despite Spiess trying to pull him back Tames kept his balance to roll the ball into the empty net.

Boston kicked off the second half looking to reduce the arrears but instead soon found themselves further behind. Chris Simm got beyond Carl Piergianni but the big centre half hauled him to the ground. It appeared to be a certain red card as Simm would have been clear through on goal, but the referee only produced a yellow.

Dale Wright made sure that justice was done though, curling a beautiful free kick beyond the despairing dive of the home keeper.

United tried to get back into the game but Hilliard could only direct a free kick straight at McMilan and tame headers from Piergianni and Garner both missed the target.

In fact it was Celtic who came closest to scoring as a Jack Higgins header and Aidan Chippendales long range effort both struck the bar.