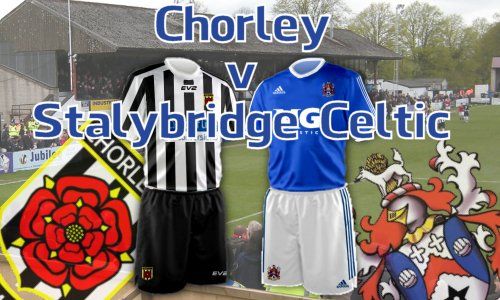 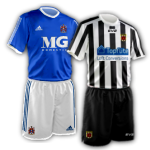 Some goalless draws feel like a damp squib, but there were moments in the game where the only thing between the score-line and a goal were great keeping or the terrible pitch.

Chorley started the first half the better of the two teams, more adjusted to their atrocious pitch than Celtic, and it took a flying full stretch save from Tony McMillan to deny Darren Stephenson and opener. At the other end, Chippendale's dipping rocket of a volley was just over the bar and a wickedly fast Dale Wright free kick was punched away by Chorley keeper, Sam Ashton under pressure from Steve Tames. Throughout the half, both defences were on top form, resulting in minimal chances.

Celtic started the second half much the better team, and Aidan Chippendale raced clear with Steve Tames for company. One on one with Ashton, Chippendale was about to square to Tames to side foot in, when he was sent sprawling by the uneven surface, by the time he got to his feet and completed the pass, Tames was offside. At the other end, Courtney Walter-Meppen had two good efforts, one flashing over the bar, and the other flashing across the face. There were several times when Celtic had the ball in a good position by the box, only for a combination of the wrong or bad pass denied them a clear cut opportunity.

As the game went into the final few minutes, Chorley had the upper hand in terms of pressure, McMillan twice coming to Celtic's rescue, firstly taking the ball at Stephenson's feet when one-on-one, and then right at the death, getting across the face of goal to claw away substitute Adam Roscoe's goal-bound effort at the expense of a corner that Chorley wasted and time ran out.