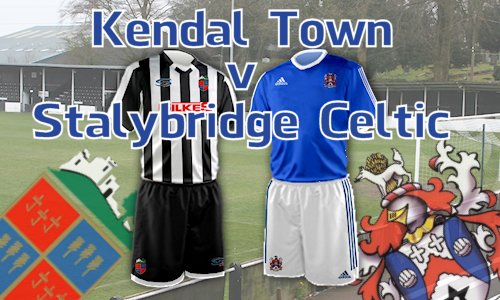 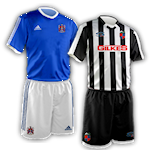 Celtic made very hard work of getting into the hat for the next round of the FA Cup, but get in they did thanks to a late winner from super-sub, Darius Osei who is rapidly making a name for himself.

Kendal took the lead almost from the kick off, Jordan Connorton got to the by line, pulled the ball across the face and caught the Celtic back line still on the bus as Tom Kilifin side-footed home from close range.

Celtic needed to get back in the game quickly, and they did. Alex Johnson picking up Ben McKenna’s deep cross, nodding it over the stretching finger tips of Rick Whiteside to Steve Tames arriving at the back post who nodded in the equaliser. Celtic took control of the game, except in one regard: scoring. Corner after corner, and the box peppered with crosses, but the final product was missing. Whilst at the other end, Jordan Connerton got a couple of chances, but lacked power. Bohan Dixon, Aaron Chalmers and Jack Shaw all fired over the bar for Celtic, Bohan’s a nochalent flicked back-heeled volley that would have been a stunning goal, if it had been five metres lower.

Kendal punished Celtic for their profligacy when Tom Kilifin got to the by-line and pulled the ball across the face for Dan Wilkins to side foot home in a virtual carbon copy of the opener. Celtic continued to try the remainder of the half, but apart from Jack Higgins seeing his goal-bound effort tipped over the bar from a set-piece, Celtic rarely threatened where it counted.

The second half started with more of the same, off-target shooting, though Steve Tames was desperately unlucky to slide in on a superb diagonal ball from Alex Johnson, and slide it into the side netting. From yet more Celtic corners both Jack Higgins and Ben McKenna cleared the bar as Celtic passed the hour mark.

Aidan Chippendale forced Rick Whiteside into a glorious full stretch save at the expense of yet another corner, the Bohan Dixon headed over the crossbar.

After Craig Carney’s free kick sailed narrowly passed the upright of Tony McMillan’s goal, and Dan Wilkins blazed over when he should have at least tested McMillan, it seemed to wake Celtic up. Steve Tames nodded on a defensive clearance, and Alex Johnson found the energy to race past Rob Williams and Chris Smalley to go one-on-one with Whiteside. Johnson rounded the Kendal keeper easily, and with Ben Thomas coming across to cover, Johnson wasted no time in equalising for the Celts with quarter of an hour still to go.

There was no thought of taking Kendal back to Bower Fold, this would be finished on the day. Celtic continued to press, and after another corner had been only half cleared, Jack Higgins, who had already put a warning shot across the face a few minutes earlier, did it again, this time with substitute, Darius Osei, coming in at the back post, and with the ball at a difficult height, somehow lifted and twisted himself to side foot home from inside the six-yard box.

Celtic could have been out of sight, but for Whiteside, who pulled off a reaction save of the highest quality to deny Ben McKenna from close range, and then again, in stoppage time, he got a hand to Osei’s effort, to keep the score-line reasonable. It had been a long journey, but worth it for the finale.