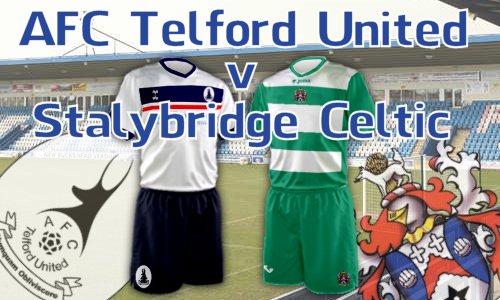 Loss Away At Telford
By Debbie Taylor 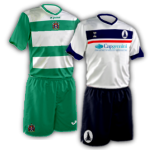 It took two breakaway goals from the hosts to break down what was otherwise a resolute Celtic defence, but it was a defence under a lot of pressure for the entire match.

Missing several players through injury, but both Tony McMillan and Aaron Chalmers were back in the starting line-up. Both needed to be on top form, Chalmers especially, as he faced Micah Evans, and generally got the better of him.

After some half chances saw Adam Farrell and Andy Owens go close for Celtic, whilst Tom Peers had a couple of efforts, Telford finally properly burst through the Celtic backline, with Josh Wilson's diagonal shot forcing McMillan into an excellent one handed stop, loan-signing Graham Kelly, cutting across to clear up the loose ball, and Celtic got to half time goalless.

The second half saw Telford finally break decisively through the Celtic back line. A cleared corner was lofted up field, flicked onto Tom Peers who was one-on-one with McMillan as the Celtic keeper came out of his area, narrowing the gap, putting Peers under pressure. Peers lifted the ball over McMillan and it crept in at the far post.

Though Chalmers ? now moved to midfield ? and Andy Owens went close as Celtic looked for an equaliser, Telford's approach was to get the ball beyond the back line and chase, and it proved effective, with Danny Reynolds and Dave Hibberts both forcing Tony McMillan into stops and Tom Peers through on goal, with McMillan claiming the ball at his feet, before Telford added to their goal.

A punt from James Montgomery, instant control from Dave Hibbert, he was free and clear on Tony McMillan and once again lobbed the stranded Celtic keeper.

There was no real threat from either side after the second goal, with only minutes to go, with Josh Wilson's and Gianluca Havern's efforts tame.