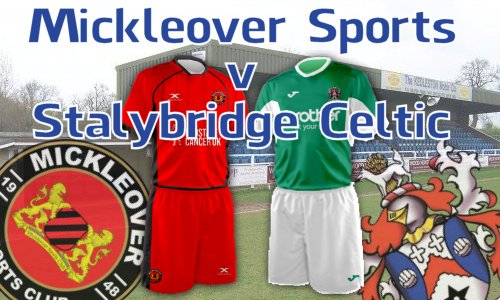 Celtic Lose Away At Mickleover
By Deborah Taylor 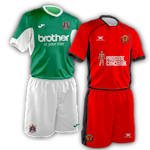 It was a heart-breaking end to a match Celtic deserved something out of, for their heroic performances right across the pitch.

It was Celtic’s eighth game in thirteen days, but both teams start at a blistering pace, with the work rate of every Celtic player incredible after the punishing schedule. George Sykes-Kenworthy was the busiest keeper in the first five minutes, athletically tipping John McGrath’s thirty-five yard shot over the bar and showing remarkable reactions to catch and hold Matthew Barnes-Homer’s header from close range. Alex Morris played a nice one two off Evan Garnett to get space, but his narrow angled drive was pushed around the post. At the other end, Celtic were carving out their own chances. Danny Morton powered his way into a shooting position, forcing Lewis King into a decent stop low down to his right, whilst Josh Ramsden had a snap shot that King also did well to take at the second attempt. Jake Charles ran their defence ragged, after getting into a shooting position his low drive was narrowly wide from an angle. Liam Dickinson rounded off the opening quarter of an hour by narrowly clearing the bar from a corner.

The rest of the half continued in the same vein. Matty Wolfenden was everywhere, defending, midfield and attacking, rounding off one such move to get one-on-one with Lewis King; there were players arriving, but Wolfenden took the shot, forcing King into a decent one handed parry that the defence cleared. Anything King could do, Sykes-Kenworthy could do better, when Barnes-Homer was put through to go one-on-one, Sykes-Kenworthy not only denied the Mickleover striker, but held it.

The second half continued to defy belief, with Harrison Holgate and Brice Pouamoun pushing themselves well past what should be physically possible to support the front players and get back to defend in an end-to-end match. Celtic’s best chance came early on, Oliver Roberts harrying Lewis Belgrave into losing the ball, and curling his shot for the top post. It was a top drawer save from King, the ball coming to Jake Charles who lifted it over the rapidly back on his feet King to the back post, only for Tyreece Robinson to outjump Matty Wolfenden for the ball.

Celtic were within a whisker of taking a hard-earned, well-fought point when Luke Ashworth and Matthew Barnes-Homer tangled near the post after the latter had tried to stab the ball past Sykes-Kenworthy and failed. With Ashworth pulling Barnes-Homer to the floor, there was a rightful penalty award, but the red card that accompanied it was harsh. Andy Dales took the spot kick and it was a good penalty, but Sykes-Kenworthy’s save was outstanding. The young keeper was unlucky that Evan Garnett had a head start on the Celtic defence to get to the rebound first and smash it into the net with the final kick of the match.