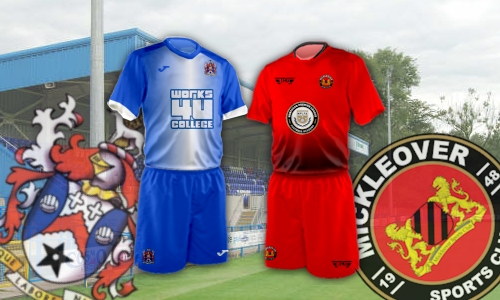 Nightmare Before Christmas
By Deborah Taylor 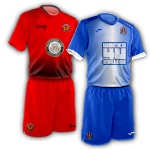 An equaliser just before half-time gave the visitors the impetus to build on it in the second half, whilst Celtic failed to build any kind of momentum.

Celtic started brightly enough, pressing the visitor's goal at pace, after firing narrowly wide after breaking through one-on-one, Darius Osei was in the right place at the right time when Jonathan Ustabasi surged along the by line and curled an effort goalward that Nathan Broome could only parry way. Osei twisted and fired in his shot through a crowd to open the scoring.

Celtic should have pushed on and pressed for a second, but it was Mickleover who upped their tempo, and Stuart Beavon equalised with a hooked volley after Stephen O?Halloran's sliced clearance fell to him out on the wing. The ball looped over stranded Alex Fojt?ček into the back of the net.

Celtic tried to get back in front before the interval with both Ustabasi and Chris Smalley both missing the chance to do so. Within ten minutes of the restart, Celtic were not only behind, but Mickleover were beyond catching.

O?Halloran almost gave the visitors the lead with a sliced clearance that required Fojt?ček to push the ball around the post at full stretch. The visitors did take the lead from the resulting corner, Aman Vermai getting his head on Ben Turner's corner, the ball somehow crossing the line among a mass of players.

It got worse, when Fojt?ček came for a one on one being shepherded back, only to lose out in a moment of defensive confusion with player/manager John McGrath taking the ball and slotting it into an unguarded net.

Celtic had the better of the next twenty minutes, but with Mickleover defending and breaking up play, there was no goal forthcoming, with Osei's half volley lacking any pace, and Craig Hobson forcing Broome into an excellent save, close range, heading down only for Broome to fall onto the ball and keep hold under pressure.

It got worse for Celtic when Greg Young beat a hesitant Fojt?ček to a loose ball at the edge of the box. Fojt?ček turned to chase and brought Young down with a clumsy challenge. He was shown a surprising red and Declan Walker donned the green jersey to face Beavon from the spot. Beavon's spot kick was awful, sailing high over the bar.

Fojt?ček was joined in an early bath when Ricky Ravenhill ploughed through Ross Dent. Celtic protected Walker in goal well, though Ryan Nesbitt's twenty-five yard looping effort did beat Celtic's stand-in keeper, his shot cannoning back off the bar. The closest Celtic came to pulling a goal back was Ustabasi's scissor kick ten yards out, that flashed the wrong side of the post, but it wasn't anywhere enough and Celtic once again fail to take anything from a game with Mickleover.