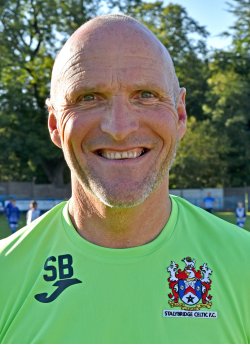 Steve is possibly the hottest non-league manager around. He has won level six of the pyramid twice, once with Hucknall and again with Northwich Victoria.

Currently he is also assistant coach to the England National Game squad, and is extremely well regarded in non-league circles.

Steve received an offer from Kidderminster Harriers in January 2010 that he could not turn down, and moved mid-season to the Conference National side, however, after spells there and with Southport, when Paul Phillips and Steve Halford had their contracts terminated, Steve Burr was the natural choice!

He started his playing career at Stafford Rangers, but moved to a very successful spell with Macclesfield Town in 1984, becoming their top scorer, and netting a hat-trick in an FA Cup match. His other playing clubs are Hednesford Town, Nuneaton Borough and Halifax Town. Nuneaton saw him take on a player-manager role, until he moved fully into management in 2001. His next managerial role proved his credentials, as he took Hucknall Town to the top of the Unibond. Ground grading meant that Hucknall could not be promoted, but Steve was, taking over at the helm of Conference side Northwich Victoria, a side laden with a ten point deduction. Despite this Steve steered them away from relegation, only to see non-football matters force the club into the Conference North. Their first game in the Conference North was against us! He vowed promotion straight back, and did it, capturing a third round FA Cup tie against Sunderland in the process. 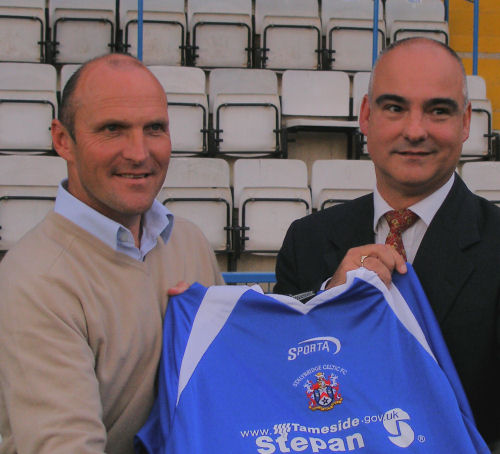