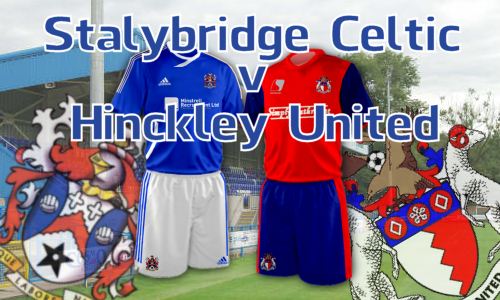 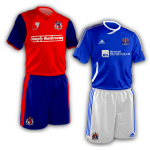 On Saturday, Celtic take on Hinckley United (kick off 3pm), a team Celtic relegated last season. They are currently twentieth, seven places and two points behind Celtic after four games. There will be a match centre for this game.

Last season, Hinckley at home was Celtic's last game. Hinckley arrived knowing anything other than a win would see them finish in the relegation spots, whilst Celtic knew that anything other than a win would end their play-off spot hopes. As it happened, the three teams Celtic could catch all won, and off the field issues saved Hinckley. This season, both teams have had one win, both away from home. Celtic beat Colwyn Bay 3-2, whilst Hinckley beat Boston United 2-1. That game is the only game in which Hinckley have scored this season. Celtic are also unbeaten at home.

Celtic's last meeting with Hinckley finished 4-2 in Celtic's favour, whilst the game at Hinckley was a ten goal thriller, with Hinckley finding the net five times in twenty minutes, the same as they did the previous season at their ground. With Celtic being four goals up, with ten minutes left, they were a goal behind, and a Steve Brogan goal was required to rescue a point. The previous season finished 5-2 for Hinckley, so it was an improvement.

Hinckley won the Bleu Square Bet horse race, netting them nearly three thousand pounds in the process. There have been possibly more changes in playing personnel at Hinckley than at Celtic over the summer, with nine new faces in their squad for Saturday, including two new signings, Aaron Cole and Danny Campbell. They do not appear to have any injury worries. In their last match, a 1-0 home defeat to Histon, Hinckley lined up as:
1. Robert Peet
2. Mark Dudley
3. Paul Lister
4. Dan Bragoli
5. Charlie Raglan
6. Ben Richards-Everton
7. Darious Darkin
8. Aaron Cole
9. Harvey Headley
10. Phil Green
11. Aron Wint

Celtic can welcome back Callum Warburton from suspension on Saturday. Andy Ralph's double leg break is being allowed to heal on its own, with no pins, and this could mean he is out for three to four months. In Celtic's last game, the 3-2 comeback win away at Colwyn Bay, Celtic lined up as:
1. Alex Cairns
2. Kelvin Bleau
3. Mark Lees
4. Tim Ryan
5. Sam Egerton
6. Jordan Barrow
7. Adam Pepper
8. Greg Wilkinson
9. Jamie Mullan
10. Joel Bembo-Leta
11. Mitchell Austin

This new Celtic team is still finding its feet, but the win against Colwyn Bay will hopefully have added the confidence needed to build on their obvious quality. A win could propel Celtic into the top third, as this early in the season, big swings are common. A loss could see us swap places with Hinckley at the bottom!