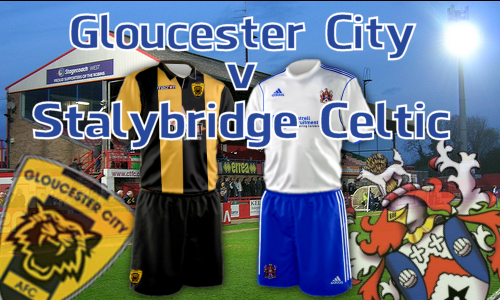 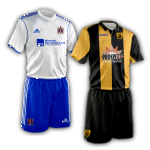 Gloucester have not had the best start to their season, having won on the opening day against Gainsborough, but lost four and drawn one of their last five games. This has left them in nineteenth in the table with four points, seven points and fourteen places behind Celtic, just off the drop zone.

Last season, Gloucester finished fourteenth, eight places and nineteen points behind sixth placed Celtic, with fifty-two points. They struggled at the tail end of the season, losing seven of their last ten games, including a 2-1 defeat at home to Celtic. Their wins in that period were against relegation threatened Blyth, financially troubled Corby, and Droylsden. Gloucester haven't beaten Celtic in recent times, their best result being a 2-2 draw at Bower Fold, making Gloucester a happy hunting ground for Celtic, with three wins out of the last three at their place, and two wins out of three at Bower Fold.

Darren Edwards was their top scorer last season, with nineteen goals, with Will Morford trailing far behind on ten. This season's top scorer, with two, Darren Mullings, finished third on five last season. All three are still at Gloucester, but apart from his consolation goal at Histon, Edwards has yet to find his form of last season. They've scored five goals this season an average of 0.8 goals per game (0.7 at home) and conceded eleven, at a rate of 1.8 per game (2 at home). They have scored in all but one of their matches, and kept just one clean sheet. Having played Guiseley and Brackley in their last two matches, they have conceded seven goals.

Celtic will be without Sam Egerton, who is serving his one match ban for the sending off at Colwyn Bay, but apart from this (and Andy Ralph's long term injury), Celtic should be looking at a full squad to choose from. In Celtic's last match, the 3-1 away win at Bradford Park Avenue, Celtic lined up as:
1. Alex Cairns
2. Mark Lees
3. Jonny Lindsey
4. Tim Ryan
5. Joel Bembo-Leta
6. Jordan Barrow
7. Adam Pepper
8. Greg Wilkinson
9. Jack Laird
10. Corey Gregory
11. Mitchell Austin

Celtic are one point behind fourth placed Worcester, and one ahead of Halifax and Oxford in sixth and seventh, a win could see us climb a place, while a loss could see us drop back to midtable. The early pace setters are seven points clear with Brackley, Guiseley and Chester all still on one hundred percent this season. At least one will drop points this Saturday as Guiseley visit Chester.