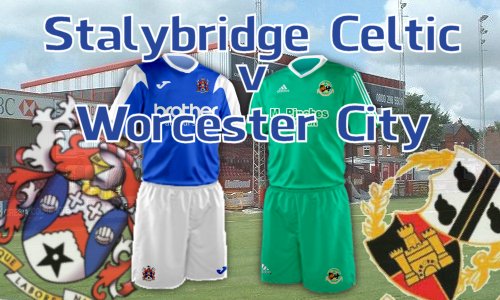 Celtic Loss At Moss Lane To Worcester
By Debbie Taylor 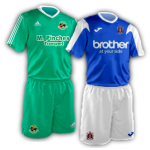 Whilst it is a truism that a team doesn't go down in one game, facing Worcester at Moss Lane with a chance of closing the gap on safety, Celtic failed.

Celtic started brightly, with an early Darren McKnight effort looking like they would shoot on target, but it would be nearly half an hour before Aaron Chambers had the next attempt, firing through a crowd straight down Nathan Vaughan's throat. Between the two Celtic efforts, the closest Worcester came was a header wide by Ebby Nelson-Addy off a corner. Celtic's best chance wasn't a shot at all, but it should have been. After some good build up play, James Roberts was unmarked at the edge of the box when he received a perfectly weighted ball from Danny Wilkins, but instead of shooting first time, took a touch that allowed Worcester to close him down and the chance was gone.

Seconds after Aaron Chalmer's effort had been pounced on by Vaughan, the ball was launched downfield. Jordan Murray was the beneficiary of a misplaced header from Danny Morton that sent him racing towards Grant Shenton's goal. Matty Hughes and Matt Regan gave chase and caught him just as he pulled the trigger sliding the ball past Shenton to score the game's only goal.

It could have been worse, but Jordan Keene's effort was pushed away at full stretch by Shenton, whilst at the other end, Danny Wilkins's twenty-yard effort was deflected wide for a corner as Worcester tried to slow the game down. As the game went into the last twenty minutes, despite the majority of the chances falling Celtic's way, it never looked likely that Celtic would convert any of them into precious goals. Danny Morton got to a corner and was dispossessed as he was about to pull the trigger, Regan nodded the wrong side of the post, getting closer with the next corner, his header coming off the upright. Mathias Bakare fired wide and straight at Vaughan before Danny Wilkins blazed over the bar from distance.

Before the game, Celtic's safety had been in their own hands. Afterwards, it wasn't.