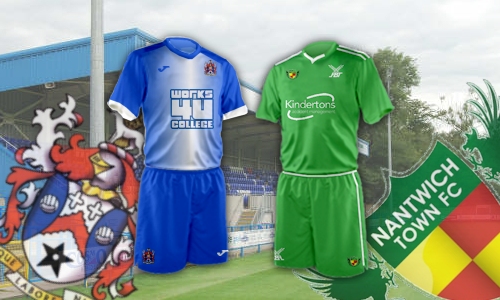 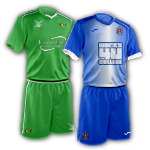 Celtic's first effort of the half came from one of three debutants, Paddy Lacey. Darius Osei did well to set Lacey 25 yards from goal, his strike curled over the bar.

It wasn't long after that Nantwich took the lead. Joe Mwasile was found onside, he slotted the ball past Fojticek to open the scoring on 12 minutes.

Other new faces starting today included Adam O?Reilly and Ethan Walker, both joining on loan from Preston North End. O?Reilly's first major involvement saw him picked out in space just outside the area, he found Scott Bakkor who crossed for Osei, however the ball bounced off Osei and keeper Greg Hall claimed the loose ball. Nantwich could have doubled their lead inside 25 minutes. Stoke City loanee Ethon Varian looked to capitalise on a loose clearance, but Fojticek raced out of his goal to claim the ball.

Celtic did have chances up the other end. Osei was able to beat his man down the left, he crossed for Scott Bakkor, however Celtic's number seven couldn't divert the ball goal-wards. Varian and Mwasile looked a constant threat up front for Nantwich, Varian managed to find himself through on goal again, this time he was able to get a shot away but yet again Fojticek was on hand to make a cracking save with his feet, also getting up to stop the rebounded effort.

Just seconds later the away side did double their lead. A cross from the left was fired in by captain James Lawrie, and Celtic found themselves 2-0 down with ten minutes of the first half remaining.

Lacey did see a free-kick fall narrowly wide of the left post, but Celtic couldn't find a goal during the first 45.

The midfielder picked up the second half where he left the first, he was able to get a shot away on the turn following a free-kick, with his effort rising just over the bar. On 56 minutes, Celtic had the ball in the back of the net. Scott Bakkor beat keeper Hall to a cross, and headed the ball into the net however the referee decided there had been a foul and disallowed the goal. Celtic pressed for an equaliser but struggled to beat a resolute Nantwich defence. With ten minutes to go, Walker delivered a corner from the right, Chris Smalley met the ball with a bullet header, but Hall was able to tip the ball over the crossbar.

Celtic showed promise throughout the second half, with O?Reilly impressing on his debut but there was to be no late drama.

Celtic were perhaps unfortunate to not at least score but can take some positive signs from the second half.

We are next in action at Atherton on Tuesday 28th Jan, in the Integro League Cup.