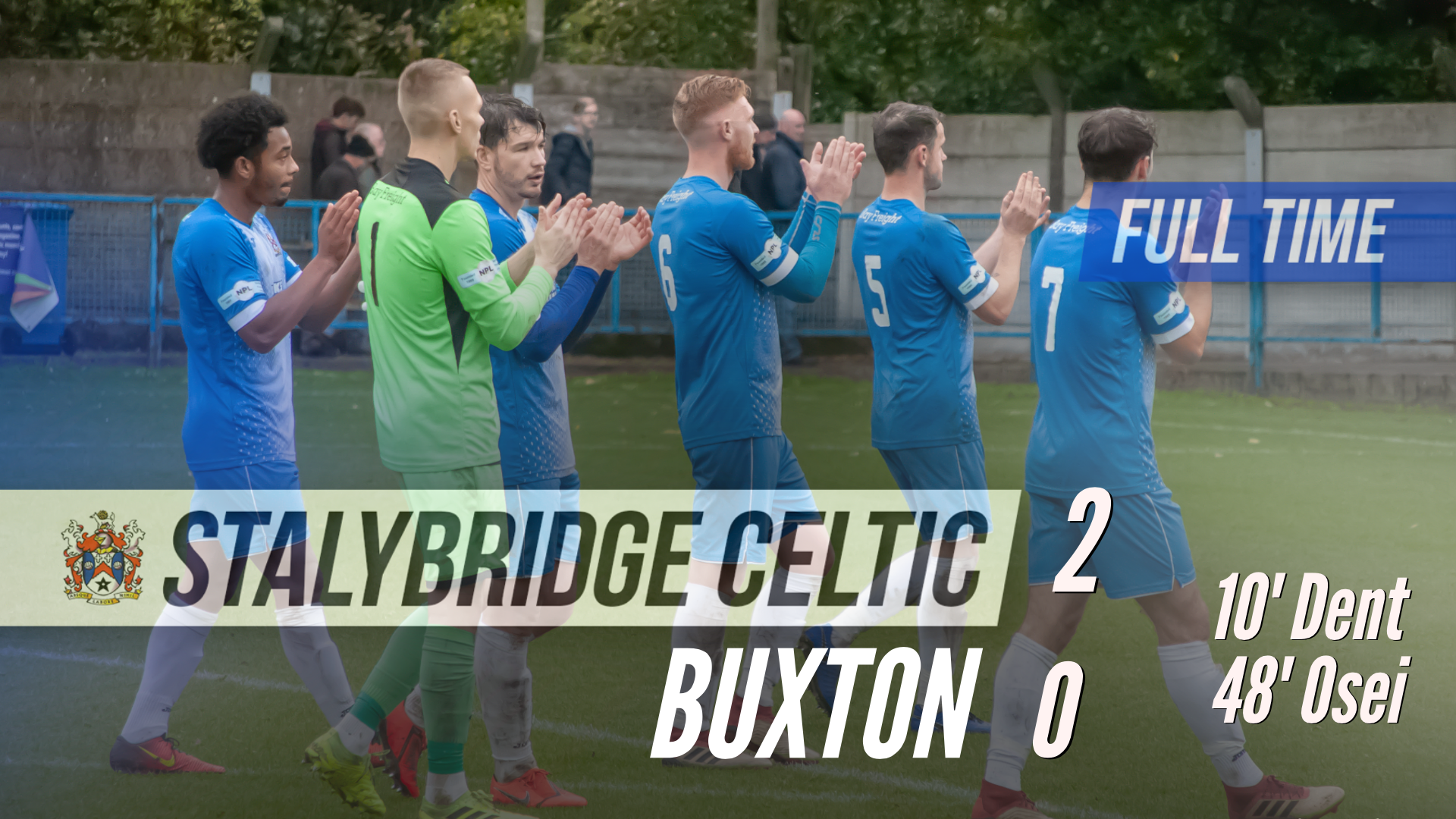 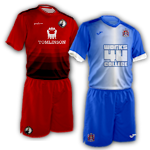 Stalybridge Celtic won their fourth game in a row following a comfortable 2-0 win against Buxton at home.

Ross Dent put Celtic in front on 10 minutes with Darius Osei sealing the points on 48 minutes inside a busy Bower Fold.

Celtic started brightly and the first chance of the game fell to Craig Hobson. Scott Bakkor did well to bring down Alex Fojticek's goal-kick, he played the ball to the feet of Hobson, who on the turn could only fire over. The home side did take the lead on 10 minutes. Kallum Mantack sent a lovely ball down the left-hand side which set Jonathan Ustabasi racing, he took his time, picking out Dent just outside the box, his first time effort flew into the top right corner.

The away side slowly started to look for a goal, Chris Smalley had to be in the right place to intercept a header which would have put Liam Hardy through on goal. Buxton's new signing Rod Orlando Young looked threatening and on 23 minutes, sent a dangerous ball into the box which just evaded a Buxton shirt. Declan Walker had a free-kick saved by Grant Shenton in a half where Celtic's front four looked sharp. Five minutes from the break and Celtic nearly doubled their lead in what would have been a spectacular goal. Smalley flicked Walker's corner into the path of Hobson, he fired an acrobatic volley towards goal which hit the cross-bar.

Celtic went into half-time ahead but it could have been more.

Moments after the restart Osei was able to connect with Bakkor's cross, but Celtic's number 10 headed straight at Shenton. On 48 minutes Celtic doubled their lead. Bakkor's cross was deflected into the path of Osei, he took a touch before rifling the ball past Shenton.

Celtic continued to control the game and had a third ruled out for offside. Shenton parried a header into the path of Ustabasi who tapped the ball into the empty net, but the linesman flagged for offside. The chances continued to follow for the home side. Dent was involved again as he headed Walkers's cross towards goal, Shenton made a strong save. On 68 minutes, Dent went close again, this time diverting Walker's cross just past the post. With 15 minutes to go, Bakkor sent Walker through into the penally area, he chipped the ball past Shenton but a defender was there to clear off the line. Substitute Neil Kengni was able to use his pace to break free from a Buxton defender, he found Walker who drilled a low cross in from the right which just evaded Bakkor.

Celtic managed the final few minutes well, to record their fourth win in a row in front of a fantastic crowd of 423.