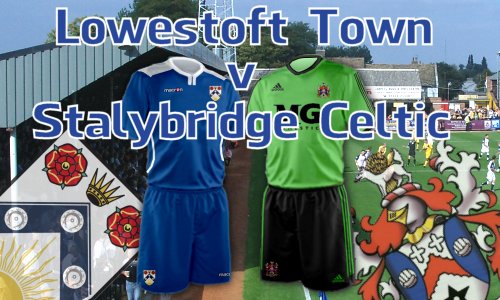 Victory Down South
By Phil Hall 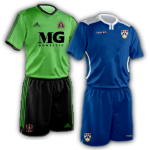 Celtic returned from the long trip to Suffolk with all 3 points thanks to a second successive away clean sheet.

The game started in bright sunshine and the home side made the early running and had an early shout for a penalty turned down when Harvey Hodd fell under a heavy challenge in the box.

Celtic started to get a grip on the game and on 8 minutes Chalmers had the first effort on target but his long range shot was straight at Smith in the home goal. A minute later Wylie overlapping from right back sent in a wicked low cross which Tames failed to make proper contact with 6 yards out his miss hit shot fell to Dixon who fired tamely and the keeper gathered easily.

On 12 minutes Simm wasted a good chance directing his header straight at Smith. However a minute later Celtic made their spell of pressure pay. A lovely ball from Dale Wright sent Simm racing beyond the Lowestoft back line. Smith raced from his line to block at Simms feet but the striker recovered to slot the ball home past the covering defender.

Celtic doubled their lead on 25 minutes. A corner from the left was met by Jack Higgins who's header eluded both the goalkeeper and the defender on the post as it entered the top corner of the net.

Just before halftime Celtic were denied a strong penalty claim as Bohan Dixon burst into the box only to be upended by a strong challenge but the referee waived away Celtics appeals.

The second half was a largely uneventful affair with Lowestoft enjoying the most of the possession but despite a number of corners failed to breach Celtics rearguard and Tony McMillan was largely untroubled in the away goal.