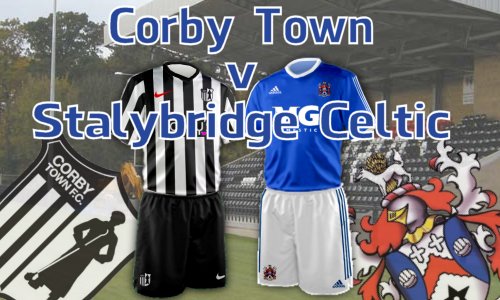 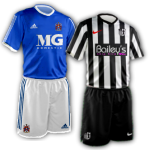 The long trip down to Corby for a game that had little meaning for either side, with Corby already relegated, and Celtic safe, probably went someway to explaining the slow game lacking atmosphere in the first half, the second came alive after Steve Tames scored a cracker. Also notable in the game was the return, however fleeting, of Darius Osei, who's been on loan at Barnsley.

Corby shaded possession in the first half, with Celtic content to let them play it around, this culminated in a couple of shots from Ben Milnes, but neither overly troubled Tony McMillan. At the other end, Osei had a goal chalked off for a foul on the keeper (dubious) and about half way through, Celtic’s patient play resulted in a good chance, Osei flicking a low cross towards goal, only for Sam Donkin to get down well and palm the ball, but only as far as Adam Farrell, Donkin's leg denied Farrell, the ball falling to Mudimu who slotted home, only to be told he was offside.

An uncleared corner at the start of the second half saw Donkin collide with Ben O?Hanlon, spilling the ball into the path of Steve Tames. With the goalkeeper and his fullback all tangled up, Tames took his tame and fired home the opener.

Corby fell apart for a while after the goal, and looked aimless. After probing and prodding Dale Wright's fierce drive was deflected just wide for a corner, and, minutes later, O?Hanlon pulled Farrell back as he was getting into shooting range. Dale Wright took the free kick, and it was a good one, right onto Jack Higgins's head, cementing Higgins's claim on the golden boot.

Kalern Thomas saw his low drive well saved by McMillan, who?d in truth not had a very busy afternoon, and he was again called upon to keep a clean sheet by denying Mills with a diving save to his right.

Celtic finished the game with a bit of gloss, from another uncleared corner, the ball pinged around the box until it fell to Alec Mudimu, who placed his shot perfectly beyond Sam Donkin's reach. Celtic are within reach of eleventh if we beat Boston, and Alfreton fail to beat Ferriby. A top ten finish is too big an ask, as we?d have to make up a eleven goal difference total on Curzon, thanks to their 1-1 draw with Brackley.