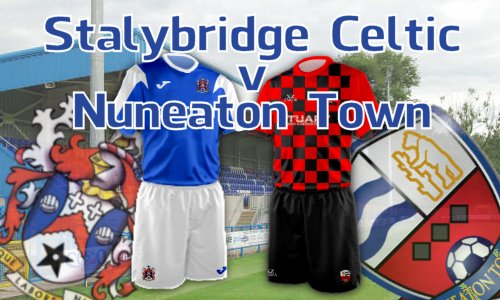 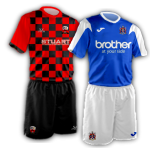 New co-managers, Paul Phillips and Steve Halford have a mountain to climb if they are to turn Celtic's season around, as they went with a whimper to a 4-0 home defeat to Nuneaton.

It wasn't quite all one-way traffic, but any time Celtic looked like they could get into the game, they were immediately on the back foot again. Elliott Whitehouse hit the crossbar completely unmarked from a corner, whilst Aaron Williams warmed up Tony McMillan with a couple of early efforts. At the other end, Jimmy Ball and Steve Tames both fired over, Tames while completely unmarked, snatching at his shot.

Nuneaton took the lead when Tony McMillan went to the feet of Whitehouse, but missed the ball on the slippery surface, putting the ball out to Aaron Williams, with McMillan completely out of position and on the floor, the ball was lifted back to Whitehouse who smashed the ball into the back of the net.

Ben O?Hanlon saw his scuffed shot scooped up and Jordan Keane's effort clipped the crossbar on its way out and McMillan pulled off a great save, palming Williams's powerful drive over the bar. Right before half time, the visitors doubled their lead, Kevin Longmead getting a free header onto a corner, leaving McMillan no chance.

The second half was to prove as bad as the first, Williams got his head onto another corner, and the crossbar saved Celtic for the third time, before the ball was lobbed back into the box by Joe Ironside for Longmead, still up from the corner, to head in just beyond McMillan although it lacked power.

The pick of Nuneaton's goals came just before the hour mark, Greg Tempest's through ball slipped between the defence; Joe Ironside stretched out a long leg, and diverted it under McMillan.

Nuneaton looked like they wanted five to prove a point, and went close with Ironside firing wide and Tempest allowed to advance before firing over the bar. Langmead got to another corner, but directed his header wide this time, before Nick Ryan had to come to the rescue to deny Billy Daniels low drive from the edge of the box that Ryan diverted over the bar. Langmead again missed his header from a corner, before ? right at the death, Celtic finally registered a shot on target, substitute Kristian Platt's free kick driven straight at Callum Burton, who was fortunately, for Nuneaton, still awake.

Celtic were not in this one, Nuneaton were hungrier and faster than Celtic. Approaching the ten game mark, and Celtic are now bottom.