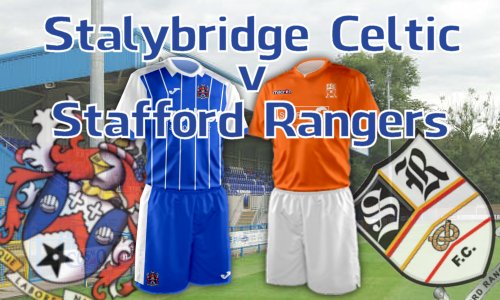 Celtic Win At Home To Stafford
By Debbie Taylor 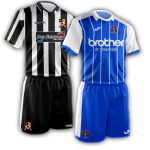 The first half was scrappy and even, with both teams working chances. Early on, Liam Dickinson had a close range effort well caught by Adam Whitehouse in the Stafford goals when he tried to turn in an Alex Honeyball low cross. Twice both he and Theo Bailey-Jones were inches away from converting crosses from Oli Roberts and Alex Honeyball, the ball flashing across the face of goal with stretching legs just not quite long enough. Daniel Westwood had Stafford's best chance of the half, flashing the wrong side of the post after Kyle Perry's flick on gave him the space to shoot. By far the best chance of the half came from Honeyball, who could have capped off a great half with his powerful run through the middle that ended with him bursting into the box and forcing Whitehouse into a full stretch save to tip the ball around the post.

The second half saw Celtic look much more composed and comfortable than the visitors, at least at the start. A display of one touch possession passing culminated with Bailey-Jones freeing Connor Hughes to run at the Stafford defence. He cut inside and jinked past Jordan Brown before firing his shot past Whitehouse to open the scoring.

Celtic killed Stafford's hopes off when Roberts scampered down the line and pulled a low cross across the face of the Stafford goal to the back post where this time, an outstretched leg was waiting to turn the ball in at the far post, once again Connor Hughes the scorer.

Stafford got back into the match in the last fifteen minutes, pressing Celtic high up the park and forcing Celtic to defend in numbers. Kyle Perry headed a half clear corner over the bar, and Robert Thompson-Brown should have done better with his two distance efforts, but neither was on target, relieving the increasing pressure. Celtic were heading for a clean sheet and no bookings as the game went into five minutes of stoppages, during which time both Liam Dickinson and Danny Morton were booked for something and nothing, however the clean sheet remained.

Celtic face Mickleover Sports on Saturday, still looking for an away win.