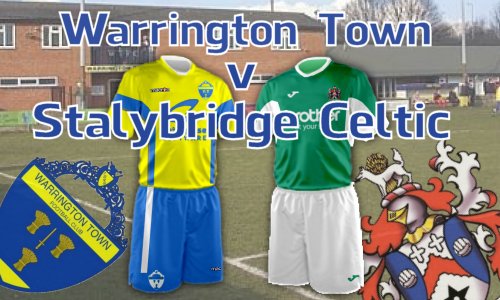 Celtic Win Away At Warrington
By Debbie Taylor 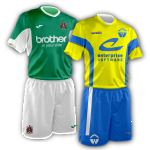 Celtic got their first league away win since October 2016 with a tough match at Warrington Town to maintain our one hundred percent record over them.

The first half saw neither keeper tested, with very few chances falling to either team. Celtic had the first half-chance, Liam Dickinson's reaction shot from the edge of the box flying just wide of the post, whilst at the other end, it was nearly half time when Warrington finally broke through a resolute Celtic defence, Shaun Beeley getting his head on a near post corner, the ball flicking off the outside of the post. Warrington kept the pressure up at the end of the half, with Bradley Barnes keeping hold of the ball as he breached the line to fire at an angle the wrong side of the post.

The second half continued in much the same vein, with both teams working hard and defending well. Connor Hughes and Devarn Green both cleared the bar with their efforts after cutting in from the wings, and it was just past the hour mark when Jack Watson was called into action to deny Stephen Milne's low shot from close range and then pull off a better stop from a corner, to deny Shaun Beeley.

It was always going to be a mistake that got a goal, and it was former Celtic shot-stopper Tony McMillan that made the first of two mistakes in the half. Danny Morton's looping high ball was chased down by Matty Wolfenden with the Warrington defence caught flat footed. Under pressure from Wolfenden McMillan tried to punch the ball, but succeeded only in punching it into the roof of his own net.

With fifteen minutes left, Warrington upped the pressure, forcing Celtic back. The Celtic defence was creaking, when the second mistake saw Alex Honeyball trip Stephen Milne whilst trying to step in and shepherd the ball out in the corner of the box. Scott Bakkor stepped up to take the penalty, shooting low just to Jack Walton's right. The Celtic keeper not only got down and stopped the penalty: he held it as a mass of players followed the ball in.

Warrington Town had one last roll of the dice deep into stoppage time, with everybody except Tony McMillan in the Celtic defensive third, Milne was the one who finally got a sight of goal, firing in a sensational shot that looked destined for the top corner until Jack Walton's outstretched palm tipped it athletically over the bar to secure three valuable points, a clean sheet and our first league away win, hopefully, we will not have to wait eighteen months for the next one!