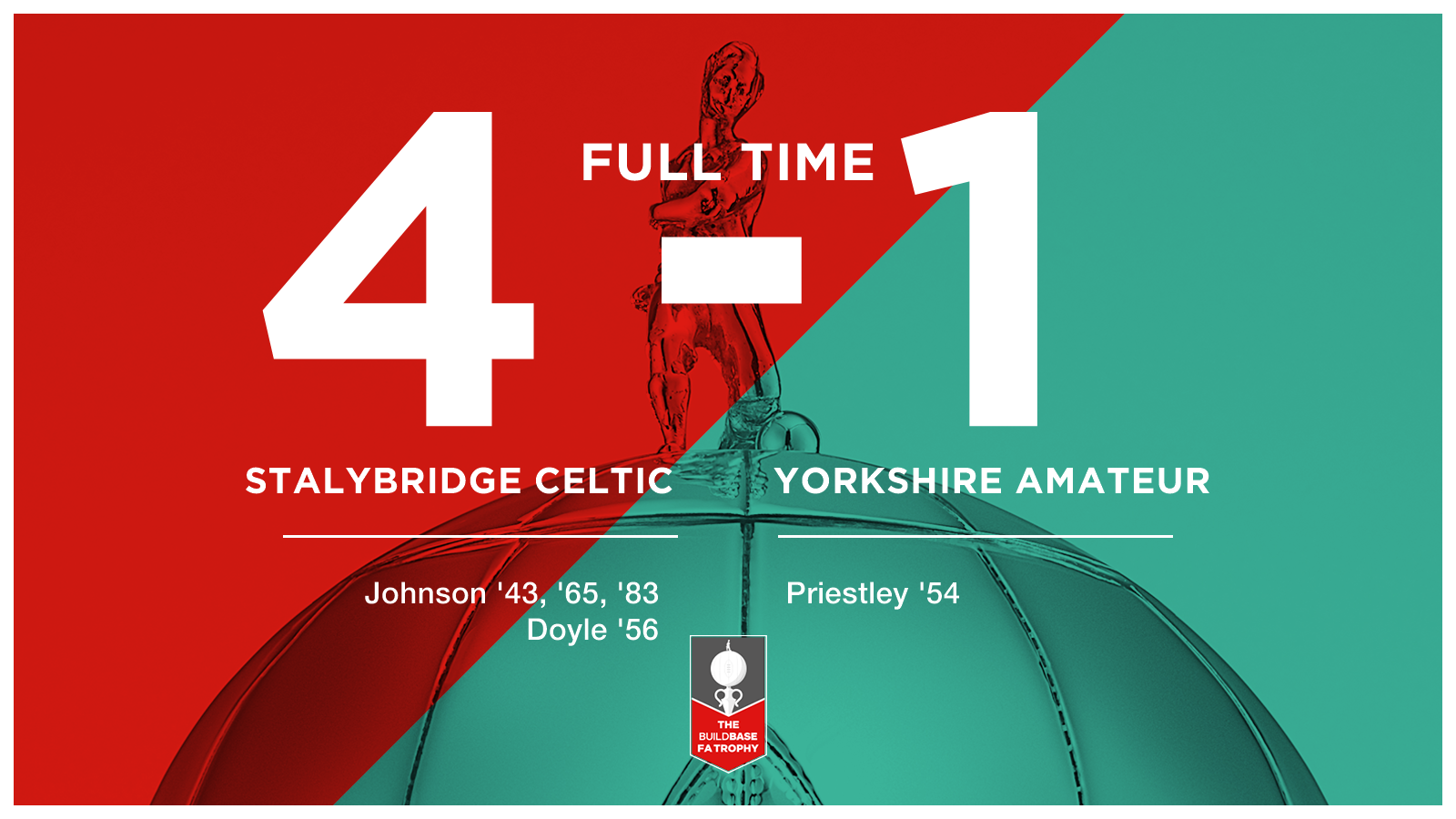 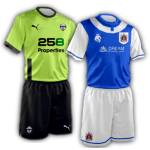 Celtic progressed through to the First Round of the Buildbase FA Trophy after a convincing 4-1 win over Yorkshire Amateur at Bower Fold.

A hat-trick from Justin Johnson and a second goal in two games for Charley Doyle sealed the win over a Yorkshire Amateur side that kept fighting.

Celtic have now managed to score more than three goals in three consecutive games and this result could have seen the Celts score almost double their final score.

The home side started the game very fast, Jake Burton saw an effort after just four minutes blocked before Marcus Dackers had a header cleared off the line after he was picked out at the back post by Stephen Brogan just two minutes later.

Burton and Brogan then nearly combined for an opener, the latter found space 25 yards from goal, his shot was parried into the path of Burton but on the stretch, his shot was saved by Kyle Trenerry.

The away side did have a perfect opportunity to take the lead however on 18 minutes when Josh Dawodu was adjudged to have fouled an Ammers striker as he had driven into Celticâ€™s penalty area. Luke Duggan stepped up but his penalty kick went well wide and the scored remained level.

The game then began to settle after a rapid first 20 minutes with not much goalmouth action until Celtic took the lead on 42 minutes. Charley Doyle played a forwards pass to Johnson, he raced towards the byline and cut inside before sending the ball goal wards where it was helped into the net by Trenerry.

After the break, Tâ€™Nique Fishley nearly headed a Burton cross into his own net and Dawodu could have put Celtic two goals up after he latched onto another Burton cross but his side footed effort was wide of the target.

The visitors did equalise on 53 minutes after Adam Priestley was found unmarked at the far post and his looping header beat Will Huffer but the scores remained tied for just two minutes as Celtic re-took the lead.

Dawodu delivered a pacy cross from the right-hand side, Dackers nearly connected on the slide with the cross but it was Doyle who arrived late and headed the ball into the net to restore Celticâ€™s lead. That goal saw Dawodu reach three assists in three games whilst Doyle scored his second goal of the week after also scoring vs Congleton Town.

From then on, Celtic looked to assert their dominance and it was largely one-way traffic for the remainder of the half.

Johnson added a third on 65 minutes after a quick breakaway forward. Celtic were four vs two as they attacked, Brogan went left to Johnson and his effort beat Trennery.

Johnson went close to a hat-trick but Trennery saved well with his feet after Johnson had dribbled his way into the Ammers penalty area. Moments later Celticâ€™s winger beat two defenders but could only fire inches wide.

Dackers went close when put through in on goal, forcing Trennery into a superb save before Johnson did manage to complete his hat-trick on 82 minutes.

Scott Bakkor who had made his return from injury chased a through ball, he beat the keeper to the ball and took it around him before crossing for Johnson who chested the ball into the net to seal his hat-trick.

The Ammers did strike the cross bar as they searched for a way back into the game but Celtic were able to see the game out and progress through to the First Round Proper of the Buildbase FA Trophy.