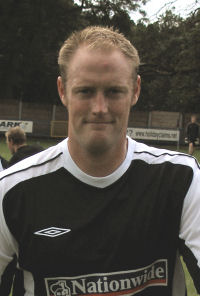 Newcastle born James was a Scottish Youth international whilst learning his trade at the Barnsley Youth Academy between 1998 and 2003. Towards the end of his time there, he spent the end of the 2000/01 season on loan at Lincoln City, making 25 appearances and netting three goals. In 2003 he was released by Barnsley to join Scarborough, but never made it out of their reserve squad, opting to join Halifax in September 2003. A dozen appearances over the course of the season saw him released to first join Leigh RMI and then Worksop Town, before making the move to York City at the start of the 2005/06 campaign. He went on to make nearly fifty appearances over his two seasons with the Minstermen, scoring six goals. His debut, against Woking saw him score the winner.
Career
Position
Defender
Born
19th Mar 1981 (40 years)
Joined
25th Jul 2007
Left
11th Jan 2008
Last App
24th Nov 2007
Last Goal
Never Scored
Career
Appearances
15
Subbed off
3
Unused Sub
4
Goals
0
Assists
0
Red Cards
0
Yellow Cards
0
Points
19 / 45
Average Points
1.27
Wins
5
Draws
4
Losses
6
Total Pitch Time
1275 mins
Appearances
Sponsors
Main club sponsor