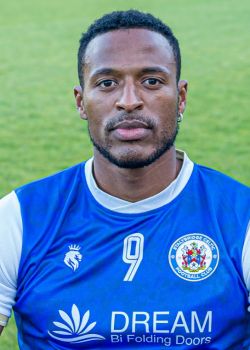 Raul Correia joined Celtic from Aberystwyth Town in January 2022 and scored three goals n his first three games. The 28-year-old striker who is originally from Angola joins Celtic after 18 months in Wales having also played for Bala Town in the Welsh Premier. Raul started his career at Sheffield FC before moving on to Cheadle Heath and Radcliffe where he saw a move to Chorley in the National League North in 2015. A return to Radcliffe saw the forward score 11 goals in 22 games which earned him a move to Blackpool, then in League Two. Spells at Barrow, Mossley and Southport followed, where at the latter, under Liam Watson, he made 24 appearances in the National League North before Raul moved over to play for Bala and then Aberystwyth.
Home Shirt Sponsor
Sponsor Required
Ring us on 0161 338 2828
Away Shirt Sponsor
Sponsor Required
Ring us on 0161 338 2828
Photographer